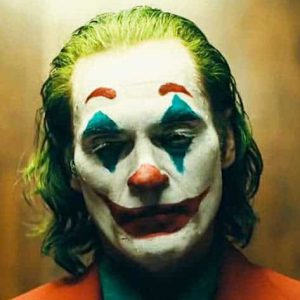 Warning – ever so small rant ahead:

The movie, Joker has already premiered in Europe and reportedly received an 8 minute ovation.  Is this a film you are looking forward to watching?  Lets take a moment to consider the pro’s and cons of yet another comic book movie.

I’ll try and be as objective as possible but my bias may be a little off-putting, just warning you.  I’m not a big fan of Marvel comic book movies (lol, but I’ve been to the cinema to watch them all 🙂 ), I thought that the best batman (seriously, he’s better than any other Batman by distances that should be measured in Astronomical units!) was Ben Affleck.  I think I’m in the minority though, which is a shame.

I’m also pretty convinced that Warner Brothers are now fully committed to looking at ways of competing with Marvel that don’t involve copying them.  We really need to move away from the formulaic phased predictable and patronising approach that Marvel announced earlier this year and look at alternative sci fi comic book stories tro keep us interested.  The film that I (and others) are hoping will do that is Joker which will be released on October 4th. It will have an R-rating because of the “strong bloody violence, disturbing behavior, language, and brief sexual images”.  That’s not a first, but it certainly adds to the intrigue that has been generated over the film in the last couple of months.

The Joker story is set in 1981 and is influenced by the awesome 1988 novel, the Killing Joke. But although an influence, this is most certainly a work of the producer and director Todd Phillips, who also co-wrote the screenplay with Scott Silver. Todd Phillips has been the driving force in getting this psychological thriller about the Joker’s origin made. The film will launch ‘DC Black’, a series of standalone films that will presumably compete with the recently announced Marvel Phase 3 and 4 series.

Checkout other News & Reviews from Sci Fi SadGeezers:
Are you gonna storm Area 51 in September?

Joker premiered at the 76th Venice International Film Festival in August this year and won the Golden Lion (top prize). The critics were particularly complementary of the lead actors performance.

A welcome change from Marvel the formula

This film won’t outgross ‘Endgame’ by any means, but it will give some of us jaded ‘sick-o-the-same-ol’-comic-book-crap’ fans something to keep us interested and stop Marvel from feeling that they can just ‘dial-it-in’.

Some of use were not impressed when we saw how Marvel had planned their next few films and the way they announced them.

Standing up so many actors and telling us that for the next few years, they had us all so easily ‘sussed’ (that the were so sure we were going to like what they had planned) was patronising and at the same time astonishing!

Then I watch this trailer….

…. and I was convinced that this would be the saviour of the genre.

I sincerely hope it is. The movie only cost an estimated 55 million dollars, but Joaquin Phoenix has been touted as a possible academy award nominee because of his performance as the titular laughing boy.

I can’t wait for 4th October! 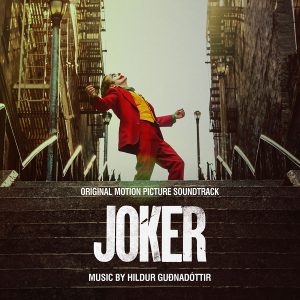