The Mandalorian TV show is a very creditable toe in the water for Disney+. It’s a great show full of fun that is reminiscent of the Star Wars ‘Old Days’ when sci fi was swashbuckling!  There are some issues however and critics have been quick to pounce on them.

The Mandalorian – Series Review – Good, but it needs a story arc! 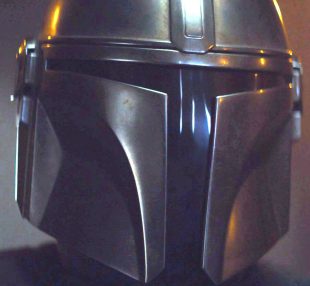 The Mandalorian TV show is a very creditable toe in the water for Disney+. It’s a great show full of fun that is reminiscent of the Star Wars ‘Old Days’ when sci fi was swashbuckling!  In this Mandalorian Review however, we also discuss the shows issues and how some critics have been quick to pounce on them.

The Mandalorian – First Impressions Review – Good (but needs an arc)

There is a developing controversy regarding this hit show from Disney+. The series received rave reviews when it was first shown and it’s still just as good as it was when it first aired.  There are however, some reviewers across the internet that are getting frustrated with the story-line. They feel that it is getting a little samey. I’m not sure I agree but there seems to be a definite absence of substance.

This is a $100 million, 8 episode, television series from the new Disney+ streaming service. In fact, it’s Disney+’s flagship series and they hope that it will be successful enough to help them launch their service with a certain amount of respect. It is set following the fall of the Empire depicted in the original trilogy of films – erm.. that would make the last one erm.. Star Wars VI – I still hate that whole Star Wars Movie prequel into sequel crap.

The Mandalorian, played by Pedro Pascal is a bit of a loner bounty hunter/odd job-man. He is part of a Guild and of similar humans. He would be considered one of the more successful and adept and is certainly better at fighting bad guys. 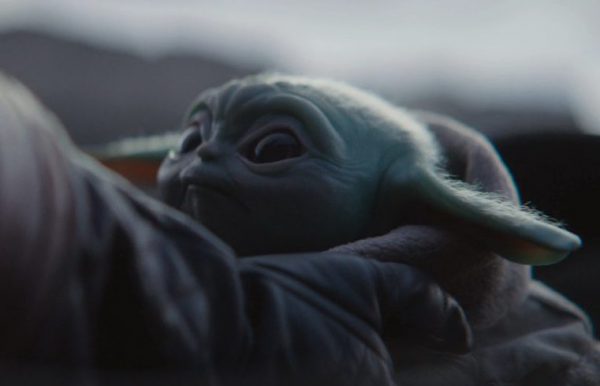 Mandalorians are an ancient creed and follow the basic Mandalorian principals of warriors.  That means that actually, they aren’t a race – as long as you believe and follow an extremely difficult set of rules, anyone can be a Mandalorian.  Although they were, initially, enemies, MAndalorians are a sort of Jedi in that respect.

Unfortunately, as we see in episode one, some Mandalorians are not as nice as others and when our hero takes on a bounty that involves capturing a minor, he begins to have second thoughts and this eventually causes trouble (for himself and his Guild).

As with many american shows, it is only rated PG but there is quite a lot of violence – those outside the US might want to ensure that adults are around with young children are watching. Yeah I know right! A child warning about a Disney + show – how crazy is that?!

The Mandalorian – What is it about?

There is a bit of controversy about the plot.  Basically, there isn’t one. It’s a very episodic format with little in the way of a story arc.  Sure we have the little guy but each episode seems very similar.  Personally,  I sometimes like that.  I just want to be able to relax and watch something without having to try and resurrect the overarching plot of the saga.

Unfortunately, the writers can’t please everyone and one particular critic was so miffed, his review stated, “The Mandalorian is a $100 million show about nothing. There’s no overarching plot, no character development, and, six episodes in, still no emotional stakes or any indication that these issues will get resolved. It’s about a walking action figure and his merchandising-friendly pet, doomed to endlessly receive jobs that pay well enough to fly to the next episode location, [where they] team up with a celebrity cameo, get betrayed by bounty hunters, save Baby Yoda from said bounty hunters, and set off to the aforementioned next episode’s location.” Tyler Hersko, The Indiewire Dec 13 2019

He has a point!  Nevertheless, the show is consistent in that it is always fun to watch.  In particular, the dry performance of the lead, Pedro Pascal is almost as much of a sure fire winner as the cuteness of baby Yoda. And yes, the cameo appearances are also pretty good too.  Casting was well done throughout the series.  And just for the record, it’s a very popular show currently!

The executive producer Dave Filoni has worked on “Star Wars: The Clone Wars” and “Star Wars Rebels” children’s animated series and that experience can be seen here. The show has a deeply ingrained feel of the original Star Wars ideal, look and feel and original concept. At any point, you could imagine that any episode was part of the original Star Wars saga and it’s so well produced that you might even thing you are watching one of the files!

Alas, after watching for a few minutes it becomes obvious that it isn’t – it’s far to slow moving. You might say that The Mandalorian is playing it safe with this approach (or not actually playing anything at all) but if Disney needed the show to be a winner, they are clearly ticking all the boxes required.  There is no groundbreaking stuff going on here, no new and innovative storyline or mechanism for storytelling (as with say, The Witcher) .

It’s pretty damned good and you would be bonkers to miss this series.  But it’s an easy watch for a sci fi fan, nothing much goes on and it’s a great nostalgia piece.  This is all lowest-common-denominator stuff and although I am a big fan of the series, I hate Disney for making me feel so predictable.

If there is a season two, it will have to be spectacular because I dont they will be able to get away with the ‘absence-of-substance’ again.

It’s ok to disagree by the way, you can rate the show by selecting the “User” tab in the top right of the screen in the review box and scoring each section yourself – Let us know what you thought!

You can see other news about the series ion the “The Mandalorian – Disney+” thread in the Discussion Forums.

The Mandalorian characters, pictures and everything else associated with the TV show are the property of  Disney+ all rights reserved.

This Mandalorian Series Review is copyright Tony Fawl and not for reproduction without permission.