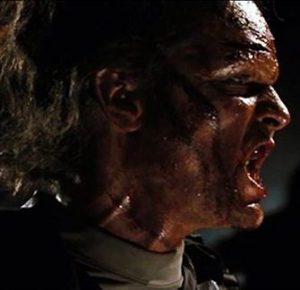 “On the other side he has mindless savages called Reavers, which are a lot less complicated. You see them and you run. They’re not monsters. What they are, are people who went out into space, saw the extraordinary nothingness and went completely out of their heads. They’ve become cannibalistic marauding savages. They’re kind of like the Comanche in the old movies except without playing it as a racial thing at all, or even a cultural thing. It’s a very personal thing. These are men who just gave up on the concept of humanity and are the scariest, worst, most awful serial-killing pirates who ever sailed around in burnt out ships in space. Everybody is terrified of them — Yeah, they’re really fun.”

That’s a bit of a smug description for a group of persons that are completely terrifying!

In two different episodes, we see that the Reavers have large fast ships capable of capturing other spaceships for boarding. They do this with a sort of grappling arm.

We haven’t actually seen any yet, but Zoe once told Simon what would happen if a Reaver ship captured the Serenity:

“If they take the ship, they’ll rape us to death, eat our flesh and sew our skins into their clothing – and if we’re very, very lucky, they’ll do it in that order.”

There will surely be more scenes with Reavers, despicable as they are, they are probably the most interesting of cultures in the saga.

Discuss this culture in the Firefly Forum 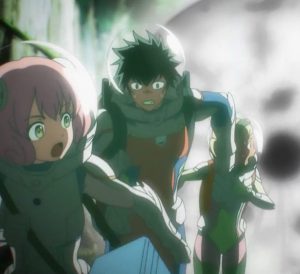