The Umbrella Academy. This second season review describes why it’s lighter and funnier (and bloodier) that the first series without losing any of its emotional poignancy, the super kids clearly grow as individuals (and as a family) as they save the world from certain apocalypse…. again 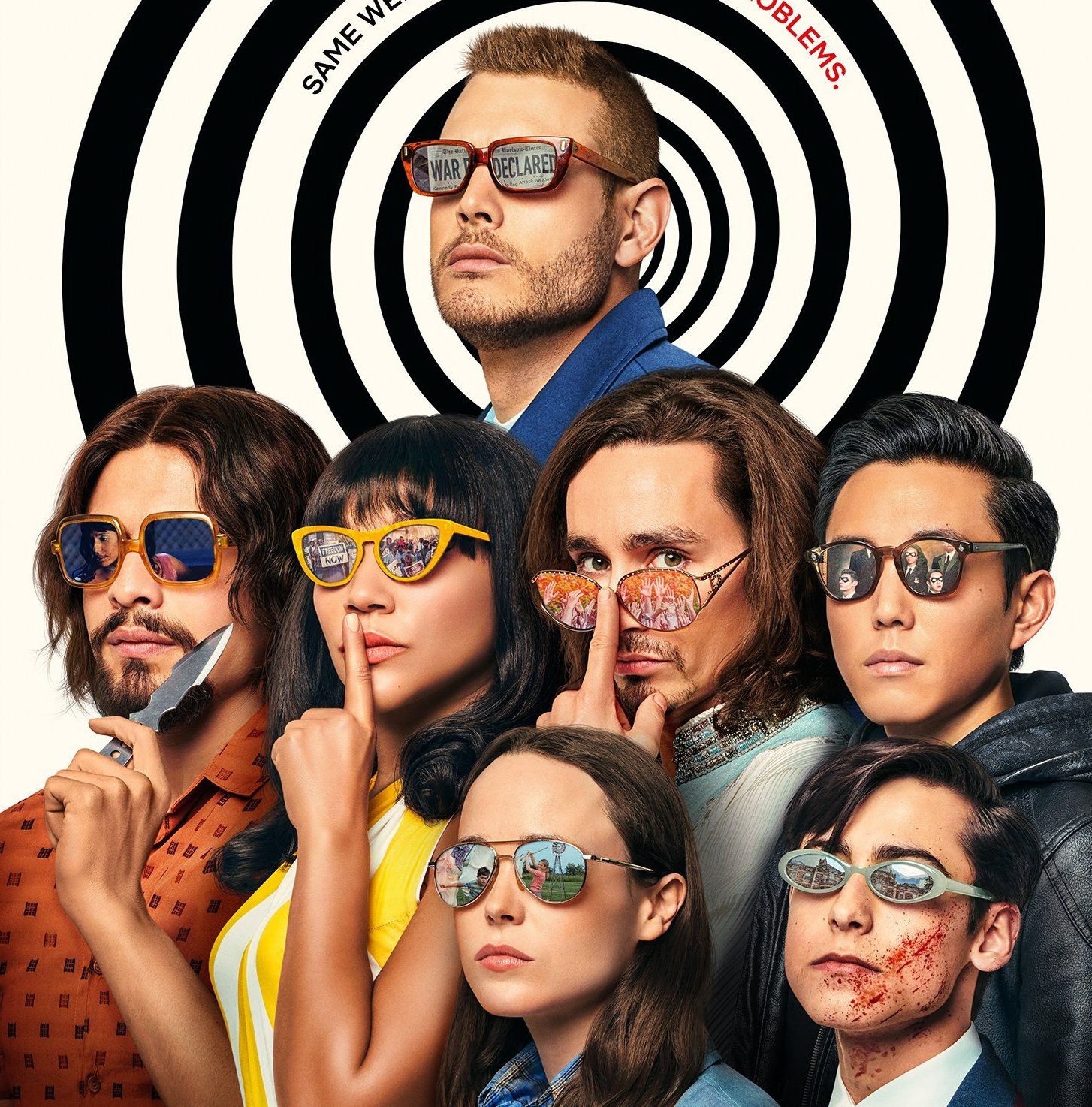 This is a review of the awesome Umbrella Academy Season Two. It’s a first impressions review as I don’t want to give away too many spoilers – which would certainly spoil your viewing pleasure. I produced a brief intro to Season One which I published last year, HERE.

The Umbrella Academy is superhero television series from Netflix.  It originated as a comic book series of the same name written by Gerard Way and illustrated by Gabriel Ba. When Netflix got hold of it their showrunner, Steve Blackman and lead writer Jeremy Slater truly brought it to life.

This is the story about a dysfunctional family of adopted superhero children who, once they have grown up, reunite to solve the mystery of their late father’s death and the threat of an impending apocalypse. The series is produced by Borderline Entertainment, Dark Horse Entertainment, and Universal Cable Productions.

The Umbrella Academy – A Winning Formula

This show enjoyed success with the big hitters of streaming TV last year (2019) and is in good company with The Witcher and Stranger Things (season 3). The Umbrella Academy is the faithful adaptation of the Gerard Way and Gabriel Ba’s comic about a dysfunctional family that save the world – a lot! It’s been marvellously described as The Royal Tenenbaums meets the X-Men.

The ‘Netflix Original’ first season of Umbrella Academy was an instant success as soon as it was released. Fans enjoyed binge watching the shows and each episode was thrilling, scary and fun – usually at the same time! As you know, thrilling confusion and bonkers action-packed sci fi is an important element of viewing pleasure for all Sci Fi SadGeezers and Lady Sadgeezers. For us, this was a must watch show in 2019. 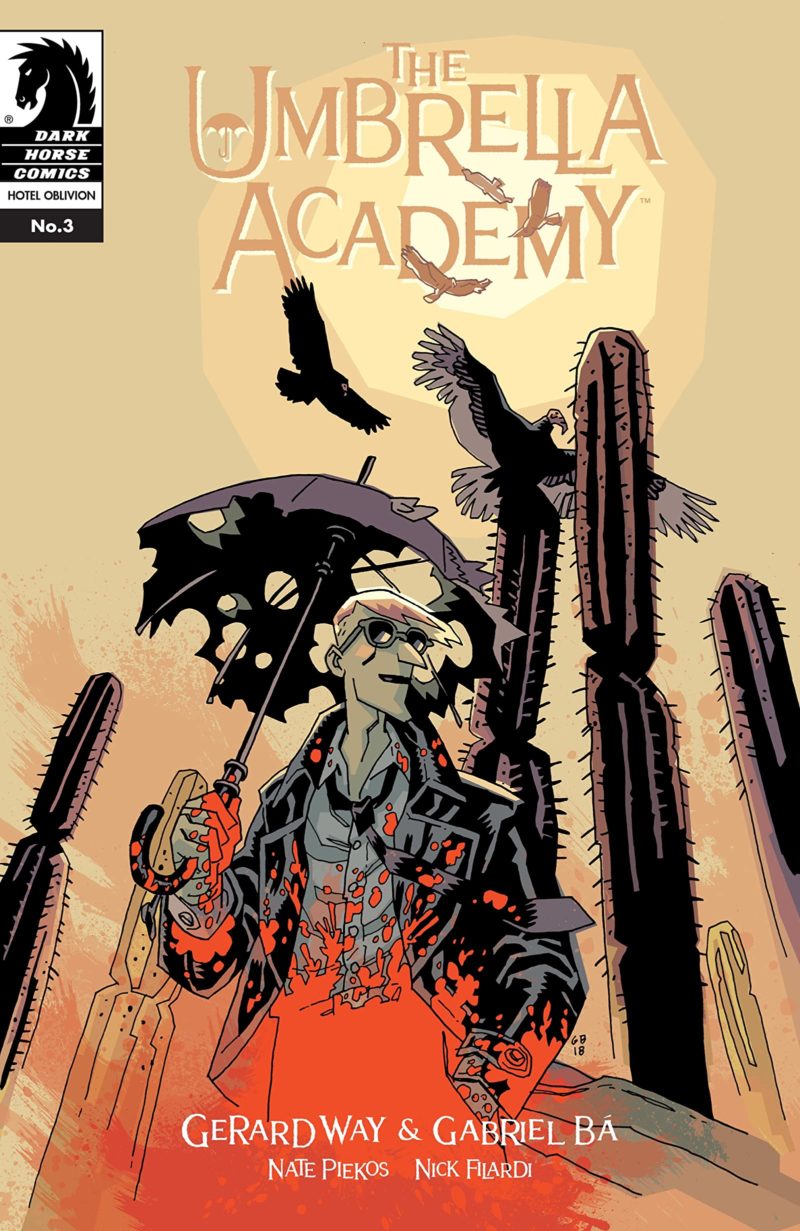 The original Comic Book Characters are certainly different (not necessarily better, but definately not the same)

In the first season, the family of young misfit superheroes battle all the odds (and their own dislike of each other) to save the world – as it turns out, from themselves! The second season isn’t; actually much different. It tells a similar story but this time they also stepped up the gratuitousness – always a good sign.

In Season 2 each character is magnificent, each action sequence glorious, each twist and turn is innovative and thought provoking. It’s a great season and we highly recommend it. If you want to know why, read on. 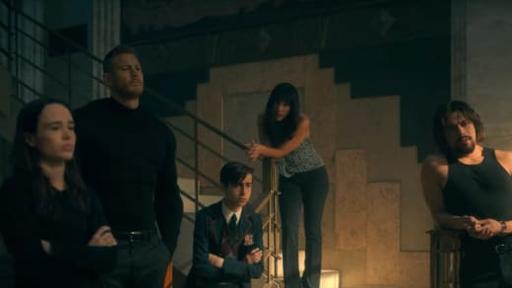 The Umbrella Academy Review – What is the saga about?

A group of children born to different mothers around the world are adopted by a philanthropic, eccentric and ruthless millionaire.  He is called Sir Reginald Hargreaves and is played by Colm Feore. It’s worth noting that each of the children were born almost spontaneously – the period of pregnancy could be measured in minutes rather than the usual nine months.

Alas, Sir Reginald was a very crappy father to the seven children who he ended up alienating. Furthermore, as each of them developed their own way to deal with their powers, they gradually began to distance themselves from each other. It was a shame; we rapidly learned that the only people who looked out for them as individuals were their increasingly distant siblings.

The Umbrella Academy children were named by their guardian numerically. Number One is Luther (played by Tom Hopper). The next digit is Number Two who is the ninja vigilante with a chip on his shoulder Diego (David Castañeda). Number Three is the scary and persuasive Allison (Emmy Raver-Lampman) and Number 4 is the addict (to anything) and ghost seer Klaus (played marvellously by Robert Sheehan).

Number Five is probably the star of the saga, so rich and memorable is this character that he seems to be the gel that keeps the saga alive. Number Five is the time-travelling….. Five (played wonderfully by the very talented Aidan Gallagher). Six is Ben (a deceased brother who returns as a ghost) and Vanya (Number Seven) seemingly doesn’t have any power at all. Trust me, all these characters are magnificent in their own way and you will enjoy watching all of them.

Five is the unsung sibling who reluctantly brings his adopted brother and sisters together to prevent an apocalypse while, at the same time, dodging agents of time (called the The Division) who seem intent on ‘allowing’ the destruction of Earth. They have seven days to save the world and they succeed.

The Umbrella Academy Review of Season Two: Same as Season One?

So, season 2 of The Umbrella Academy was the same as season 1 – but it was also entirely different! 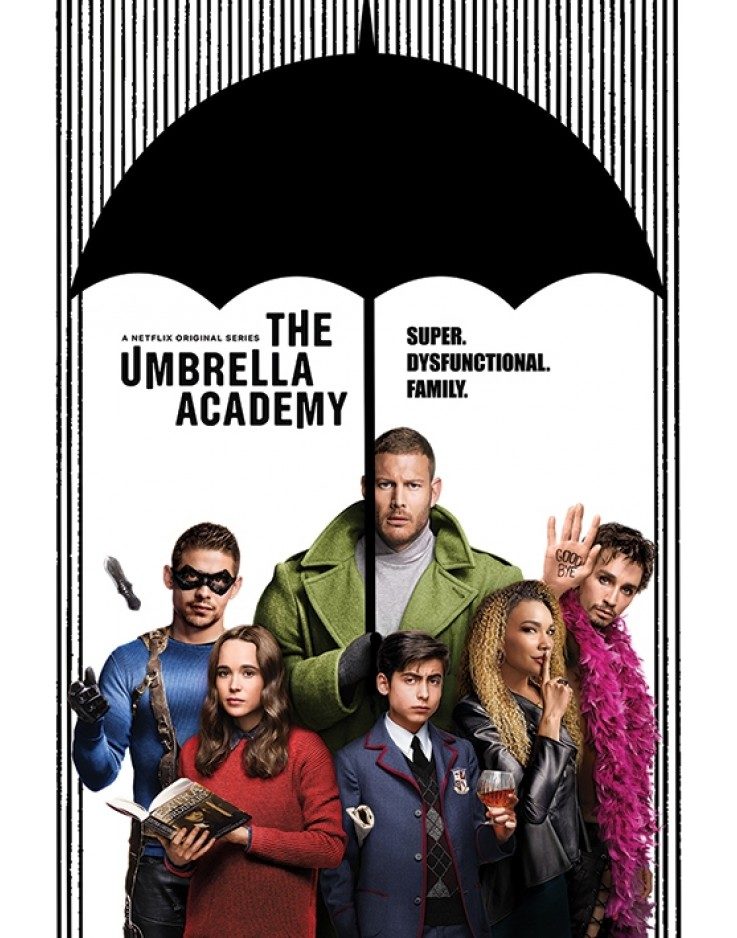 Yep, that’s true honest! Five returns to the family to find his brothers and sisters pissed off with each other. He unites them (begrudgingly) and brings them together to battle the forces of evil (The Division) to save the world from an almost certain and unavoidable destruction. No really, it’s honestly a different story but equally, just as much fun to watch.

In this season, the writers decided to concentrate less on the plot of the destruction of Earth and more on the development of the characters, why they are dysfunctional and behave the way they do. It’s very entertaining and very well done. As mentioned above, each character is special, there are no boring ones although faves include Klaus for being so bonkers and Five for being the coolest kid in school.

The Umbrella Academy – Equality of Characterisation

Other characters were treated with interesting and informative storylines.  This kept our attention throughout the series.

No episode in season two feels too cerebral or silly. Klause’s storyline is a good example. If you are going to develop a superhero character with an addiction problem and panache for the sublimely ridiculous, why not make him the loving and carefree leader of a religious cult? It was done so well that every scene was realistic (and funny). What I’m trying to say is that this wasn’t because the acting in The Umbrella Academy is so good; it is also because the writing is very sharp.

One of the elements of the saga that is particularly appealing is the way baddies are explored in the narrative. For me, Sir Reginald Hargreaves himself is one of the scariest characters. We see how he managed to turn his young adopted children into seriously dysfunctional aggressor superheroes. 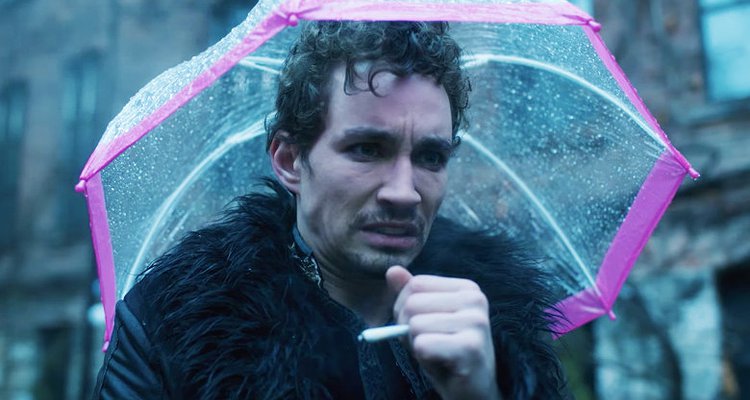 It seems that the writers took to heart the success of the first season.  Writers made the effort to include the best elements from the first season and expand them in the second.

The Umbrella Academy is watchable – it has rapid-fire dialogue and action sequences throughout. The charming and vulnerable characteristics of each of the main characters in the troop. It’s ok if they are behaving badly, we understand why. We empathise with them even when they are total ruthless bastards even if they are doing it heroically. One of the most memorable scenes for me was Five and the old dude in the diner. Heartfelt, warm, sensitive and extremely bloody violent (you will understand better when you see it).

In season two there is an emphasis on the trials and tribulations of time travel. Five is responsible for trying as best he can, to get the team back to the 1960 to fix a problem that will become apocalyptic. I won’t give away too many spoilers because it would definitely spoil your viewing pleasure. 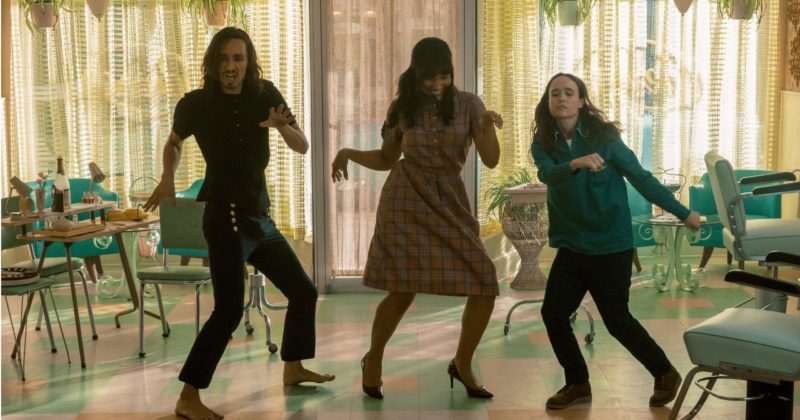 When the characters show off their special skills, the episodes literally lights up. The action sequences are certainly one of the most interesting and watchable parts of the show. For those of use eagerly awaiting more, you won’t be disappointed. Episode one and the final episode of the season will be the highlights in this respect.

Despite the bloody scenes, the charm of season two is still quite evident, there are funny and scary moments. Highly recommended. It builds on the great first season and I highly commend it for your viewing pleasure.

The images, characeters and everything else concerning the productrion of the show is copyright Netflix, Borderline Entertainment, Dark Horse Entertainment, and Universal Cable Productions.

This First Impressions Review is copyright Tony Fawl. Not for reporduction in any format without the authors permission.