Novoland: Eagle Flag is a Chinese costume drama that chronicles the early lives of three young heroes and their struggle against an evil warlord and a number of dangerous and expanding dark forces. It is hugely popular in China and developing a cult following ion the west. At the time of writing it had nearly 2 billion views on its Weibo page, and when it was released, it was the most anticipated drama of the year 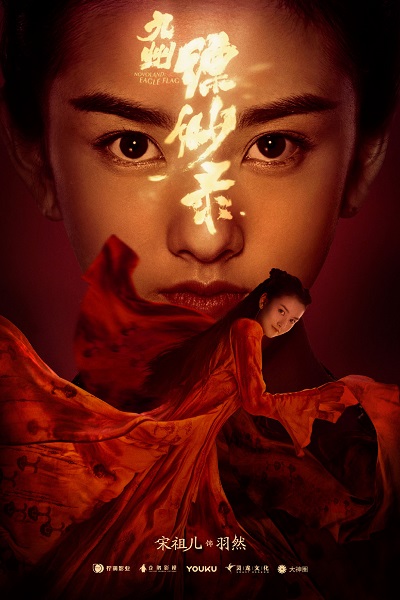 Novoland: Eagle Flag is a Chinese costume drama that chronicles the early lives of three young heroes and their struggle against an evil warlord and a number of dangerous and expanding dark forces. It is hugely popular in China and developing a cult following ion the west. At the time of writing it had nearly 2 billion views on its Weibo page, and when it was released, it was the most anticipated drama of the year.

Three days after its Chinese mainland debut on July 16, all 56 episodes became available in other Asian and western TV channels including North America, Malaysia, Vietnam, Singapore, Cambodia, Japan and South Korea. And the UK where I watched the complete saga on Amazon Prime.

Although it’s very popular, it was, amazingly, cancelled just 20 minutes before it’s premier. in China! The shows fans (many had read the books and had been eagerly awaiting the series for months) literally broke into tears. 40 days later after a lot of jumping through hoops for the Chinese government media departments, the show aired and was immediately the most popular show on TV.  The government, I think, are becoming increasingly irritated by the recent spate of monarchy focused TV dramas in China and were determined to make a point.

This is the Chinese attempt at Game of Thrones. I know, I shouldn’t make such a comparison as it’s rapidly becoming a cliche these days. There is a reason though….

Review: Novoland: Eagle Flag was adapted from a six volume series of books by the author Yang Zhi (aka Jiang Nan). Yang also worked as the chief scriptwriter for the TV series.

The original story was written over a twelve year timescale before it became a screenplay. Much of the ideas and story were actually developed by yang as a student in the USA (St. Louis in 2001). While studying for his doctorate in Chemistry, he relieved the pressure of study by reading about Chinese historical figures and scratching out ideas for a saga. He is quoted as saying “In that quiet city that made outsiders feel a bit lonely, I wrote my first story for Novoland: Eagle Flag,” says Yang {Note: this quote was found on a Chinese website}. 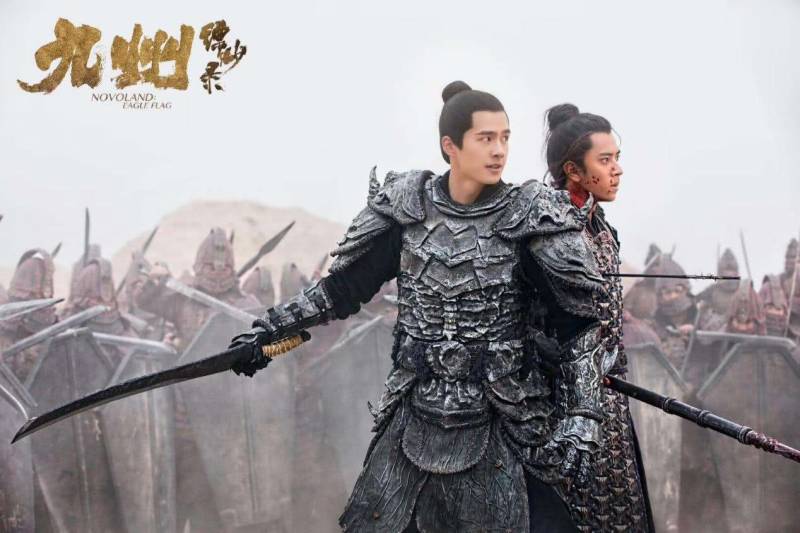 About this time, a writing ‘project’ was started by other Asian and fantasy fans and the concept of Novoland, or Jiu Zhou (nine territories), was founded. Writers developed many aspects of Jiu Zhou, from its culture, geography and even currency.

The Novoland: Eagle Flag story was independently written by Yang and was published by People’s Literature Publishing House in 2015. The story was bought by the Shanghai production company Linmon Pictures in 2016. “Every novelist wishes to see his (or her) works being brought to life. It is very thrilling for me,” Yang is quoted as saying.

A further two years were spent with scriptwriters Chang Jiang, Shuang Cheng and Lei Bo to produce 56 scripts. Yang actually recommended the lead actor Liu Haoran to play Asula because he was so impressed with his portrayal of the smart detective in the “Detective Chinatown” films.

Other notable additions to the production team are: Yee Chung-man as the designer of those absolutely marvelous costumes. Peter Kam wrote a lot of the excellent score and Han Lei (who worked on Kung Fu Panda) managed a lot of the visual and special effects. Filming only took 9 months!

Novoland: Eagle Flag – Who Is In It

Lu Gui Chen is played by the apparently handsome Liu Haoran.  He played the role as a wimpy kid with a special power that he didn’t know how to use.  It was really irritating for a bloke to have to put up with, but apparently great for the girls.  The actual masculine role of the three young protagonists was Ji Ye (played by Chen Ruo Xuan). This was a great role spoiled only by the huge amount of misfortune that seemed to be heaped upon him. Seriously, it was getting to be a joke.  The first thing you would say to yourself when Ji Ye appeared in a scene was, “I wonder what disaster is going to happen to him now!”

The female role was taken by the pretty weird looking girl Yu Ran (played by Lareina Song aka Song Zuer). She has a face that matches her precocious personality and is absolutely lovely and great fun to watch.  She acted rings around the other two but that wasn’t because the others were bad actors (or because they were male) it was because the writers gave her the best dialogue. 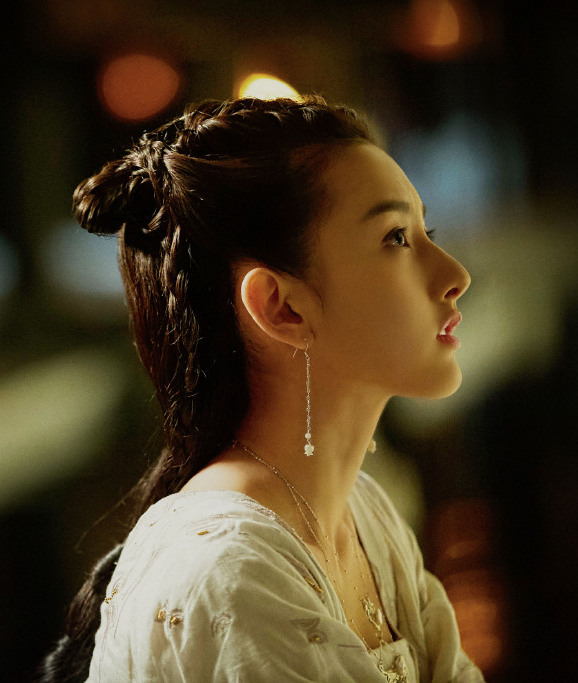 I was particularly pleased to see Jiang Shuying as Yu Rans Auntie. This great actress was amazing in The Kings Avatar and although she played a completely different role in this, she was absolutely terrific!  Jiang Shuying completely stole the role and you always wondered if her character would turn out good or bad. She is also of course stunningly beautiful. 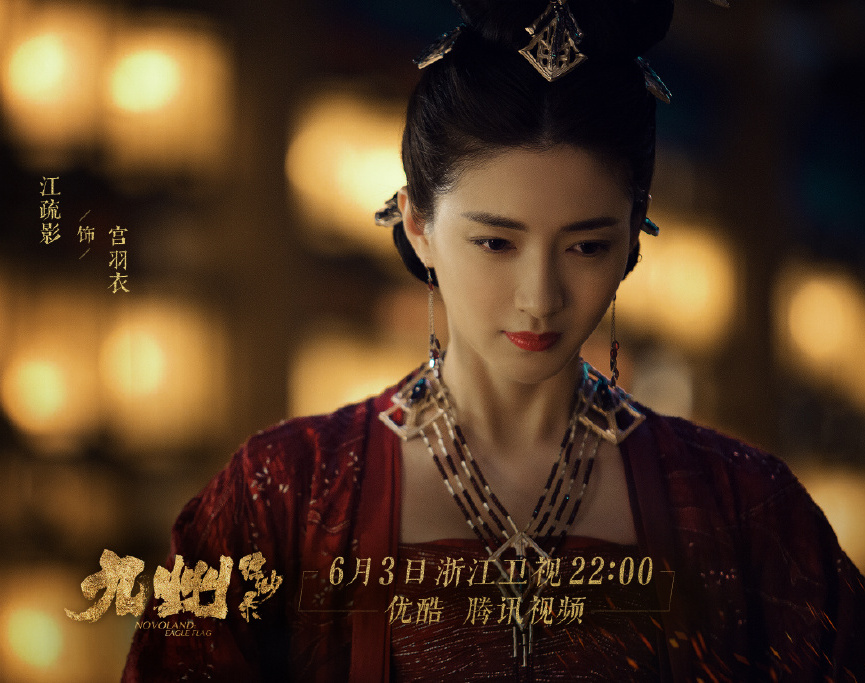 Another role that stood out was that of Liu Qiu Shi who played the tortured warrior Bai Shu Yin. Such a magnificent performance after his role a s the wimpy but talented Blue Rain Raid Leader in The King’s Avatar. Probably the best performances however were from Li Guang Jie who played General Xi and the classy Lady Shu played by the actress and model Wang Oh.  Those two have a wonderful relationship that is captivating and sensitive.  I was willing them on throughout the story. Really nicely done!

The acting talent is really good – far too good for the screenplay which, in many episodes was belaboured and stiff. The show was wonderful and I watched ALL episodes. 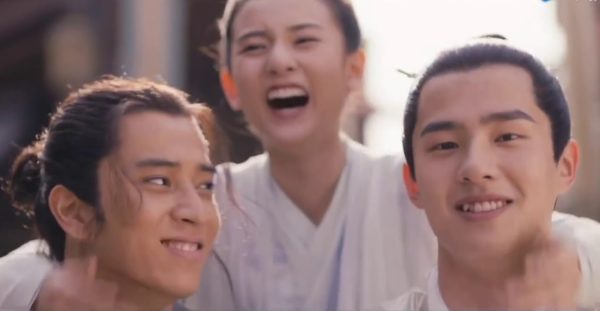 What Is It About

…Three young, would-be heroes and their struggle against an evil warlord and dark forces that surround them.

Lü Gui Chen is the Crown Prince of the nomadic Qingyang tribe. He is sent to Hetang Kingdom in Eastern Continent where he meets Ji Ye, a poor, illegitimate son of a lowly noble. Ji Ye is  committed to his training to become an accomplished warrior.  They also meet Yu Ran, an unknowing princess of the Winged tribe. The three become close friends and there is also some predictable romantic confusions and feelings.

The powerful warlord Ying Wuyi has the kingdom under his firm control and over the Emperor he develops unprecedented power over the nobles. Lü Gui Chen, Ji Ye and Yu Ran join the decisive battle against Ying Wuyi at Shangyang Pass, but they are unaware that an even darker force is moving against them. 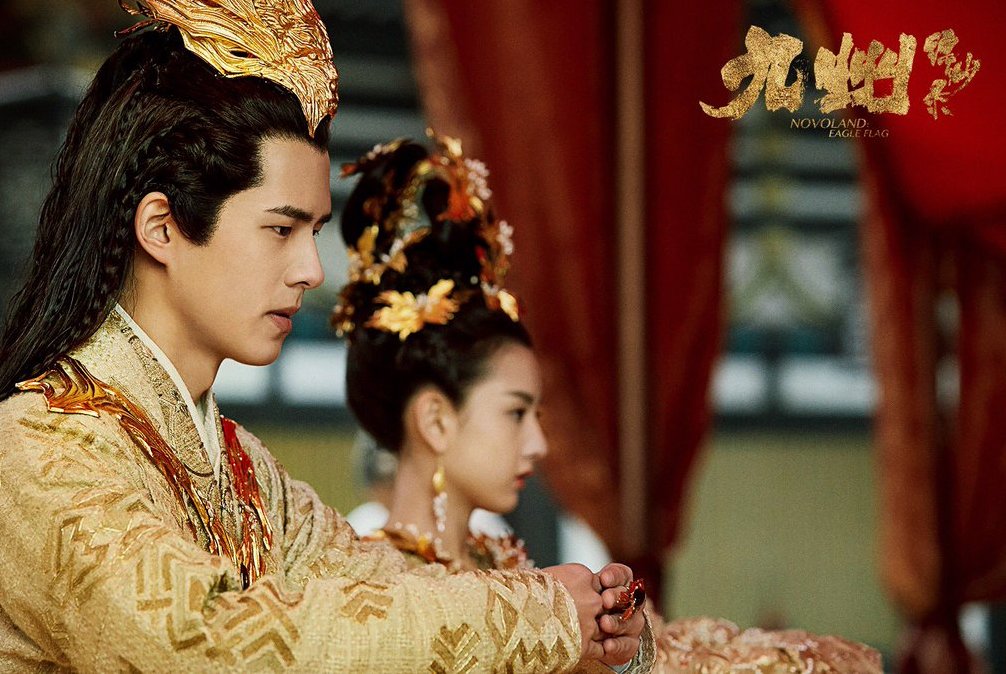 Novoland: Eagle Flag is also an epic story of people with supernatural abilities co-existing with their normal human counterparts. For instance, we learn that Yu Ran is a princess of a tribe that have wings and can fly. Lyu Gui Chen is the heir to a nomadic tribe. He leads with a magical sword that only he can wield when he is angry.

Novoland: Eagle Flag Review – Is It Any Good

You should remember that this is a TV dramatisation of the books. Although the lead screenwriter is the author, there are still a lot of changes.  For instance, Asule is not an adopted son, Yu Ran never had an Auntie in the palace. The Ji Ye character is almost unrecognisable from the books! The meeting and fate of Ye Ji and Yu Ran has been greatly underplayed in the TV series. In the books, the character of Ye Ji is far more significant. 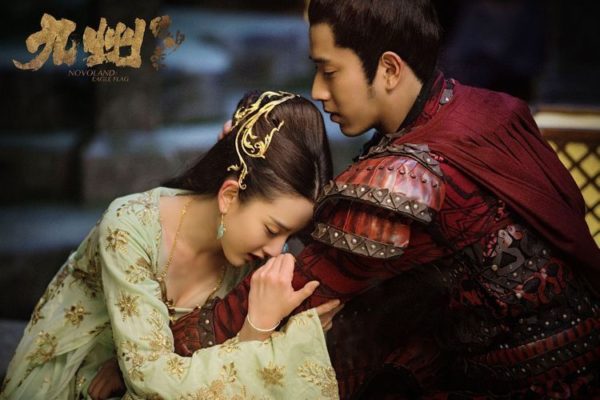 All that aside, the production values, cinematography and music are truly marvelous. Although parts of the story are a little stilted the series is definitely worth checking out.

You can review the show yourself!  Simply select the Users tab at the top of this page and click the star ratings for each section. We’d love to here what you think!

The Novoland: Eagle Flag story, pictures and everything else are all copyright Linmon Pictures, Jiang Nan (the author of the original novel) and Chang Jiang (screenplay). All rights reserved.

This brief article is copyright Tony Fawl and not for reproduction without permission.