Book review of Off to be the Wizard (Magic 2.0 pt1). A story about a guy that travels back in time after he hacks reality.

Martin must now train to become a fully-fledged master of his powers and to discover the truth behind the ancient wizard Merlin… and not die!

Off to Be the Wizard – Magic 2.0 series by Scott Meyer Book Review

Off to Be the Wizard – by Scott Meyer Book Review Summary

This is a book review about Martin Banks who is just a normal guy that has made an earth shattering discovery: He can manipulate reality! he can do this thanks to his (and everyone else’s) reality being nothing more than a computer program. Unfortunately, each use of his ability to make little “changes” to his life do not escape the notice of others that matter. Rather than face prosecution, he decides instead to travel back in time to the Middle Ages and pose as a wizard.

Imagine you are writing some code and you suddenly stumble across some ambiguous lines that you decide to investigate. You gradually realise that all that you took for granted; your life, your friends and your (and everybody else’s) way of life are the product of the output from those lines of code – how earth shattering would that be?  How would you cope?  Would it be a good thing?

Some of us would find it cool – like seeing and actually understanding that the woman in the red dress was not only approachable, but you might actually be able to get a date with her! Some of us would be irrecoverably mortified – we’d go mad. Yet others would actually go mad….. with power and greed and other stupid stuff.

This is a book that examines, in an intelligent way, how we might react. It’s done with lots and lots of cultural (particularly pop culture) references that geeks and nerds (the nice ones, the ones that read books and have semi-social lives) would appreciate.  The bad nerds would look too closely for plot holes which would spoil their enjoyment.  be assured though, that most of the plot holes are very subtle. Don’t worry, you are able to enjoy this book even if you are very nerdy!

If you’re a teenager it is still worth the read.  You may miss some of the references to ancient things like Windows 95 but you would certainly get the humour. It may feel as though it’s written for your mothers and fathers. I.e. You probably never wore flared trousers, but you laughed at pictures of your parents wearing them! 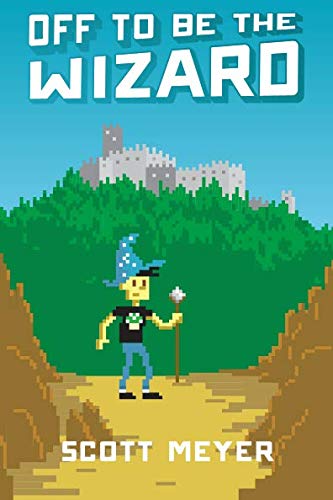 The main character is called Martin Banks and he is, for the most part, like us. He starts playing around with the recently discovered lines of code and with the file that contains them. Also, he works out that he can control not only his environment, but himself too. He can move himself around physical space. Amazingly, he can teleport to specific locations in space and time. People, things and data can all be changed – even his bank balance.

Of course, like ourselves, he has an absolute blast playing around with this stuff until the world starts to learn of the stuff going wrong. For instance, if we added a couple of zeroes to our meagre bank balance, the bank would notice that there was more money in the account that the balance or transactions allowed, little alarms would sound which would gradually increase in loudness until deafening – or until the FBI were sent round to your house.

Martin not only has fun, he has to deal with the consequences.

All this brings us to the main story line. It’s a fascinating concept, but the premise is that you can’t do all this and get away with it in a modern world, there are simply too many checks and balances for you to keep track of. The tax man, the government, the police, the banks all have their virtual tentacles surrounding us and monitoring us. Sometimes this is done overtly and sometimes secretly. In the end, Martin decides that the only way to benefit from his earth shattering discovery is to travel back in time to where organisations are unable to catch him out and where his abilities would be considered wizard-like.

Checkout other News & Reviews from Sci Fi SadGeezers:
The Empty Land - The First Volume of The Shadow Histories

Martin travels back to Medieval times and thrives in fun and interesting ways. Mostly because there are other people from the 20th and 21st century who have come to the same conclusion and they all live in roughly the same place. Some are good and a couple aren’t so good. This is their story and it’s great fun. I’m sorry for the spoilers but frankly, much of that can be gleaned from the blurb on the back cover and the pictures on the front cover – the book is as good as these covers – which I believe are exceptional!

Off to See the Wizard is a really simple read, uncomplicated and very relaxing funny and entertaining. For me, it’s as refreshing as the Tick TV show (cartoon and live action). It’s anti-fantasy in the same way as The Tick makes fun of the Cartoon Hero genre. You should expect to read it in a few hours and to chuckle rather than guffaw. You will enjoy the writing and pop culture references and although it is not likely to win literary awards, it will remain entertaining throughout.

I highly recommend this for your reading pleasure. 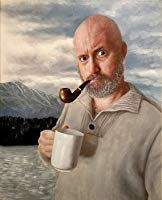 I wanted to write a couple of paragraphs about the author, Scott Mayer who has written other cool stuff too.

Clearly this is a very popular series and seems to be gaining favour from all sorts of readers. I’ve actually only read the first three. The first being the best but the other two were good too.  Ill certainly be reading the rest!

I’d rate “Off to Be the Wizard” by Scott Mayer a huge 8.7 out of 10.  This is because it is fun to read, I’m not going to have to think hard about the story, I can just relax and enjoy it.  Scott Meyer is a terrific writer in this respect!

Checkout the Book Reviews category for more recommendations and the Books Forum area.

The books in the series are available on Amazon. The story and pictures are the property for Scott Mayer and respective publication companies, all rights reserved.

This review is copyright Tony Fawl and not for publication without the authors express permission.

Share this:
Tags: Book Review, Off to be the Wizard, Scott Meyer