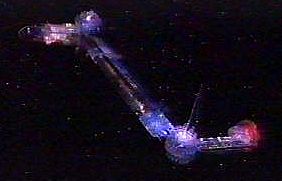 This beautiful looking spaceship is as shallow as the crew that mans it. It is made completely of light and allows their Hologram crew to enjoy effective reality, being able to touch and feel the ship and all the things inside the ship – including it’s erm… crewmembers.

The ship has many powerful features but does not appear to be armed. It is able to transmit members of its crew into the hulls of other ships by projecting a beam of light. This beam splits into lots of little bright balls and circles the room rather beautifully before manifesting itself as a crewmember of the HoloShip.

The crew all have high IQ’s and big ego’s, the Captain, ‘Air cool Platini’ has the highest IQ (some 271 – but he’s still a dickhead!).

The ship is a well-run ship manned by lots of beautiful people in pleasant ordered surroundings. The crew number approximately 2000 (all ‘top flight’ crewmembers). It has all the amenities and luxuries you might expect, for instance, on floor 3125 is the sports and sexual recreation room. It is the ships regulation that each member of the crew have sex at least twice a day! (It is considered the height of bad manners to refuse a

bonk). The notions of family, of love and relationships of any kind are outmoded. on the Holoship, they only believe in sex, constant, guilt free, sex! 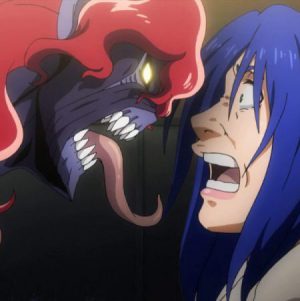 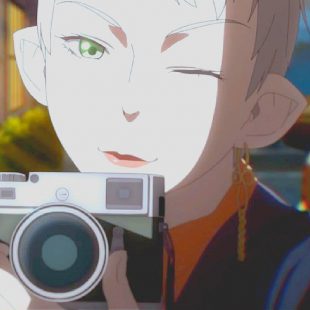