Chen Guo needed to learn how to communicate with Ye Xiu now that she knows his identity.  There were some painful reminiscences of the relationship between his old friends that started Jiashi and a resulting confrontation. 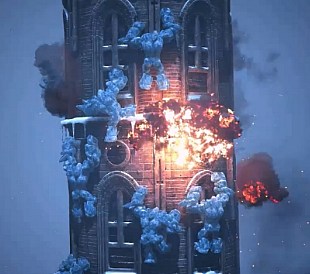 In the previous show Chen Guo realised that our hero, Ye Xiu was her hero, Ye Qui.  Much of the episode was about Chen Guo dealing with this realism (mentally and emotionally) – it was like her wish to meet her idol had come true!  – ok, now what do you do?   She eventually decided that Ye Qui was not going to be her idol anymore, she would put that behind her and get to know her subordinate who was a very talented master gamer.

The thing is, now that people were realising who he was – Tang Rou and even the journalist Chang Xian knew or suspected, it was going to be difficult for him to stay.

Chen Guo wanted to find a way to keep him – she considered all possibilities including breaking his legs and locking him in his room.  Tang Rou eventually persuaded her that the best way to keep him would be to win his heart.

As you know, there is absolutely, and completely, no romance in this saga.  Therefore in this episode, the concept, ‘winning his heart’ has no love scenes.  Nope, you can rest assured, ‘winning his heart’ will be done without the tacky everyday reality of love and sex – there will not be any exchange of bodily fluids!

Chen Guo needed to learn how to communicate with Ye Xiu now that she knew his identity.  There were also some painful reminiscences of the relationship between his old friends – the ones that started the Jiashi guild, and an eventual confrontation.  Towards the end of the episode, Ye Xiu needs to reach the top of the proverbial Tower to upgrade his main weapon, the 1000 Machine Umbrella.

There was a lot of good stuff in this episode but there were also a lot of flashbacks and drama – for those of us that just wanted  it to get on with the story, this will be a slow ‘filler’ episode.  Those of us that like to get into a little more of the characterisation will find it more entertaining. Personally, I found it a bit of a drag compared with the comedy of the last show and the excitement of the ones before that.

If you need a recap of the story so far, all the previous episode reviews are here: Kings Avatar Live Action News & Reviews Thread.

Chen Guo is in her room talking to Tang Rou about how to keep Ye Xiu from leaving the Internet Cafe and going somewhere else.  They agree that Chen Guo needs to metaphorically ‘win his heart’.  She agrees to be nicer to him.

This manifests itself in a number of peculiar ways.  I guess Chen Guo is not used to ‘being nice’ to blokes and she ends up going a little too far in trying to make him feel appreciated.  He reacts badly.

First of all she let’s him sleep in late (without telling him), then when he gets up and manages to hurry his way downstairs, he finds that he has 20 different types of porridge cooked and kept in vacuum flasks that he can chose from for his breakfast. 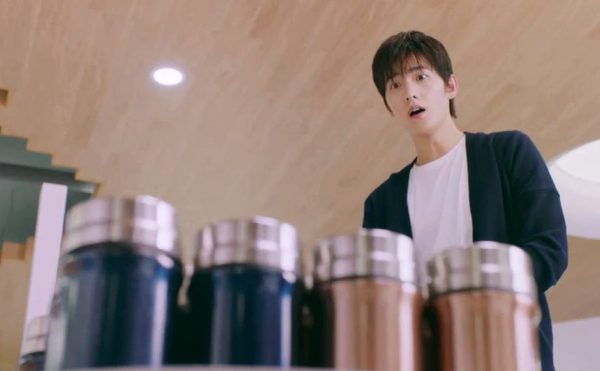 Lots o’porridge for The Master

He also gets a present of a coffee machine.  All of these things are a little too much for him (he is actually quite poor) and unwanted.  His reaction is ungracious and in the end, Chen Guo gets sees him being conceited, arrogant, willful and ungrateful.

Eventually she gets angry that he is unappreciative of her attempts to make him happy.  He responds with a sigh and tells her that he just wants her to act like her usual self. 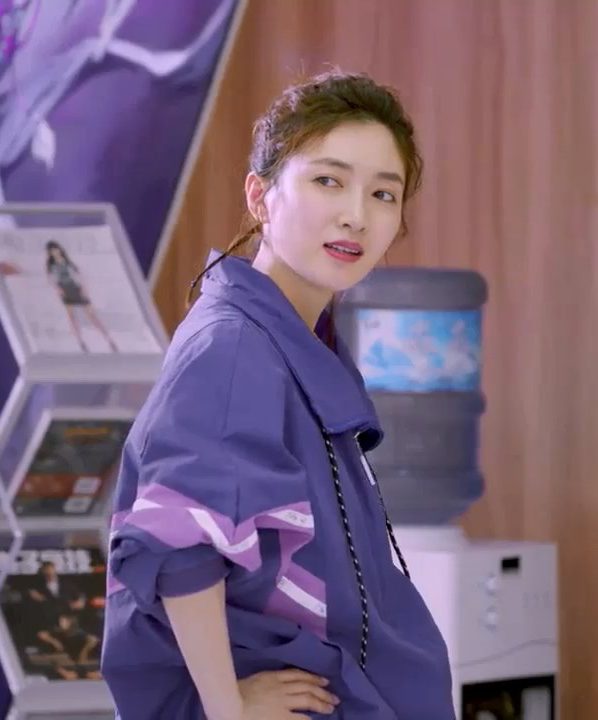 If she intends to make him her idol,  he will have to act like an idol (meaning that he will behave like a spoiled brat if she treats him like one).  She was never going to like that! 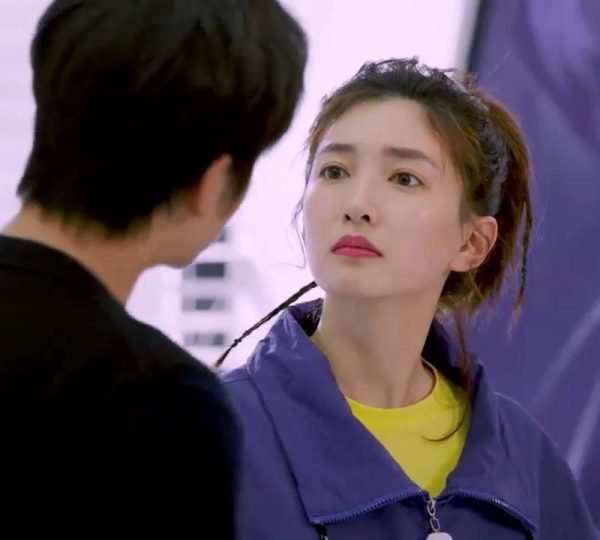 Chen Guo loses her tempter with the ungracious Ye Xiu

Her true worries and the reason for her actions comes out and she tells him that if he is going to leave, he shouldn’t come back.  He replies with a smile that he doesn’t intend to leave.

Just then, he gets a call from his old friend and enemy Tao Xuan.  He asks for a meeting and hangs up.   He thinks back to when they were all kids starting out when the game of Glory was still new. 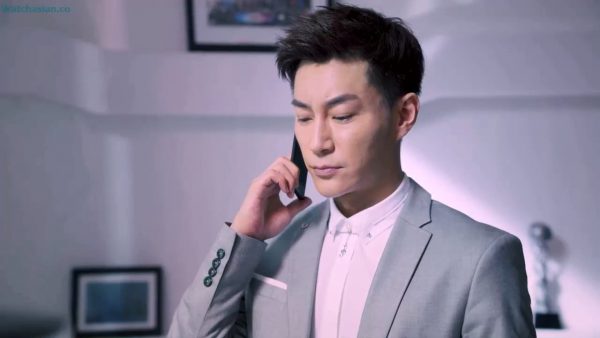 Ye Xiu leaves to visit his old friend and enemy

The next part of the show is a sequence of flashbacks of when Su Muqui (Su Mucheng’s brother and Te Qui’s best friend), Tao Xuan and Ye Qui met.  Tao Xuan remembers that Ye Qui and Su Muqui were the talented players and that he was simply a novice that was good at organising events. When they first met, Tao Xuan was working in an Internet Cafe that was being run by an unscrupulous owner that cheated his clients.  Tao Xuan remembers arguing with the boss that he should be more honest. He grimaces as he recollects the naive honesty that he demonstrated in those early days. 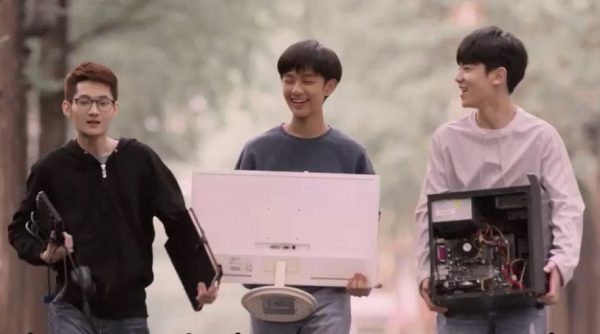 Ye Xiu also remembers how the three of them met and what they achieved.  They were all motivated by different things.  Two of them wanted to be great players and the other wanted to run a great guild at the dawn of the esports era. It was interesting I guess, seeing how the guys got together, how they were poor at the start and how they and set up their gaming rigs , invited other players to battle against etc. – but it dragged on too much, I found myself muttering, ‘get on with it!’.

Then we see the meeting between Tao Xuan and Ye Xiu.  It was as tense a meeting as you would expect.  Ye Xiu was certainly not about to forgive Tao Xuan for his poor treatment and being forced to leave the guild (and his home) that they had built together. 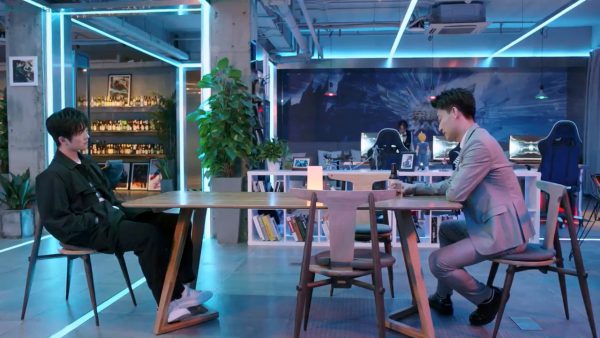 Tao Xuan wants him to come back as a trainer

A Meeting of Old Friends That Are Enemies

For his part Tao Xuan looked quite apologetic but could only offer Ye Xiu a job as a trainer for the Jiashi guild.  That must have been borderline insulting to Ye Xiu after all he had done with his friend Su Muqui to build up the guild.  Tao Xuan is annoyed because Ye Xiu did not just ‘fade away’ and his return is making things awkward with the media – this was intolerable. Things are made worse when Tao Xuan mentioned how bad things had become and that Su Muqui would not have approved.

I guess that was the bridge that was burned.  The two parted ways and would never be reconciled!

As Ye Xiu was leaving, he was able to get the notebook that Su Muqui had drawn concerning the development of the 1000 machine Umbrella.  This was a notebook that had all the designs for the weapon and it had been hidden in one of the old Jiashi computers that Tao Xuan had ordered thrown out.

We then went into a long and convoluted story about how Su Muqui had developed the 1000 Machine Umbrella and made careful notes.  It was a marvelous machine but was tremendously difficult to configure and use.  As a result, when the Jiashi guild was in its early stages, the risk of using the 1000 Machine Umbrella was too great and Tao Xuan persuaded Su Muqui that he should dissuade Ye Qui from playing it.  He should change class from a Freelancer (the only class that could play the Umbrella weapon) to a Battlemage so that they could continue their progress of being the best guild in the league.  It was a painful decision but Su Muqui agreed and Ye Qui would be a Battlemage and use a conventional weapon from then on. 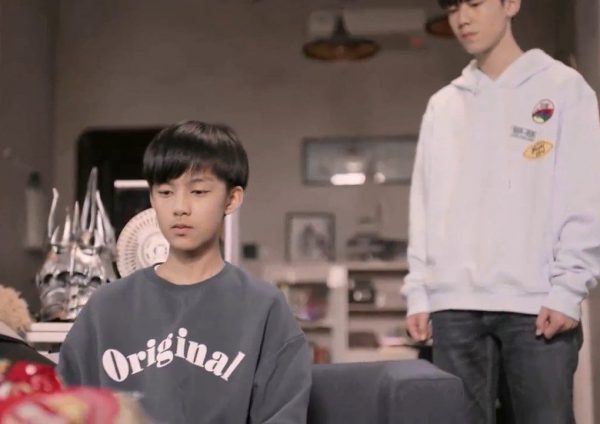 No more Umbrella for you dude!

In the present day, after reading the old notebook that Su Muqui left, Ye Xiu noticed that there was much information that he could still use to upgrade the 1000 Machine Umbrella.  He was inspired to send a press notice out concerning his retirement.  He made it clear that he was not coerced and was not forced out of Jiashi.  Nobody but himself was responsible for his retirement.

This would appease Tao Xuan (and get him off his back) and allow Ye Xiu to concentrate on getting his weapon updated and through it’s final trial before becoming, essentially, a maximum strength weapon (I guess that’s like the equivalent of legendary weapon status in other MMO’s).

This is now the focus of Ye Xiu.  He must complete the solo quest of the Dungeon of the Gods by ascending the Tower of Babel.  He needs to do this without being hit by a mirriad of ice monsters that are trying to attack him.

The Tower of Babel Ascent 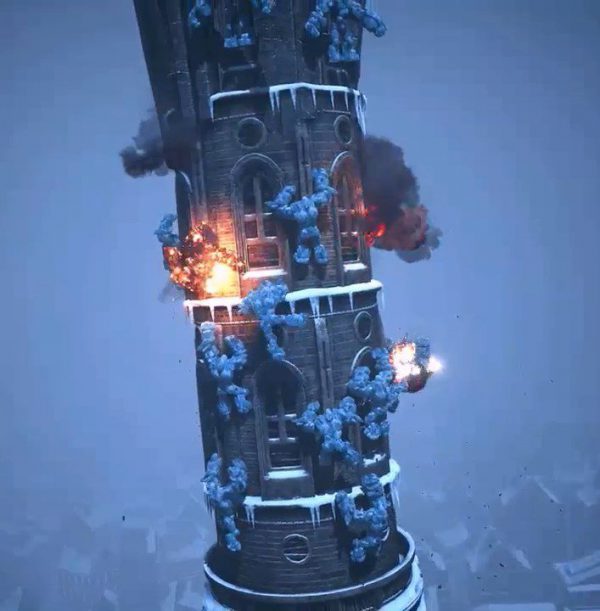 He starts the quest and sure enough, it looks very difficult.  He uses the umbrella’s gun as an innercia boost to ascend the tower but must also use a number of other features of the weapon to continue.  All the time he must be careful not to be hit by any of the ice monsters or the weapon would be destroyed.

Eventually he gets to the top. 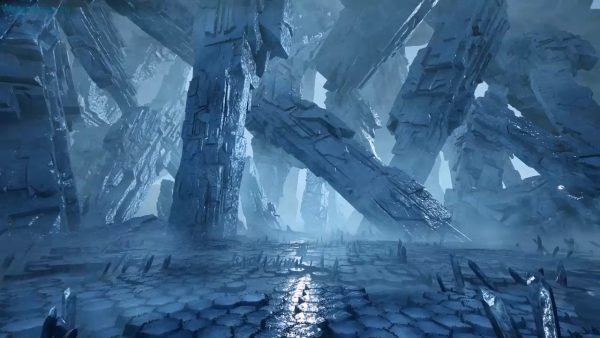 As he strolls triumphantly across the plateau, he is attacked by his old friends, Yu Wenzhou (playing his character Swoksaar), Huang Shaotian (playing his swordsman, Troubling Rain) and his other friend and rival, Han Wenqing (playing his Striker, Desert Dust).  I don’t think their hearts are particularly into PK’ing him, I think they are just there to acknowledge his achievement and to test out the now fully upgraded 1000 Machine Umbrella. 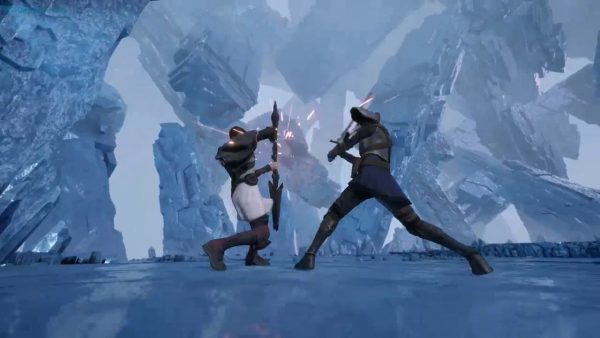 And there this episode ends.   Not much of interest to those of us who are into the action, but still watchable. I guess I’m a little biased as I am not a fan of flashbacks (always seems like poor writing to me). I’m hoping that the next episode we will be back to a more exciting part of the story.

This is not the best show in the saga by a long way. The high points for me were again, Maggie Jiang who played Chen Guo and the low points were of course, the flashbacks.

I’d rate this episode a bit of a drag 7.3 out of 10. It’s ok to disagree with me, You can let us know what you think by clicking on the Users tab in the review block at the top – right of this page (you don’t need to register) – we’d love to see what you thought of the show.