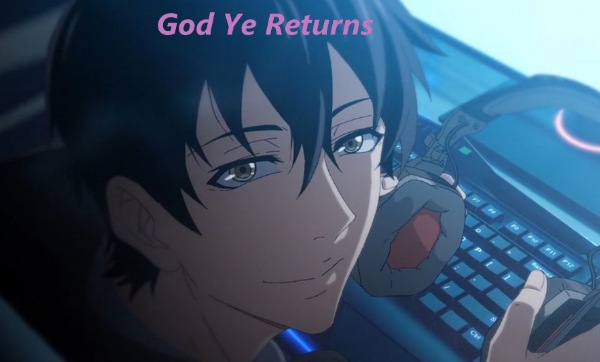 Air Dates for Season 2 of The Kings Avatar Animated Series 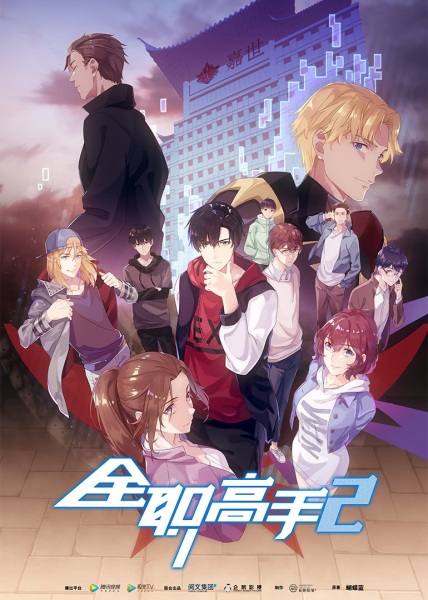 –  This has obviously now passed and no real explanations on the website were given – sorry, I forgot where I read it, my bad.  I did, however, see a youtube video that suggested that the reason was because Bili Bili, the production company who show it, delayed because of some issues.  Not sure what or if it’s true.

–  Video on youtube – this guy certainly likes the show as much as the rest of us – respect dude!

16th August 2019 –  This is the most likely date for release yet since we are well into the Live Action show and we still believe that the prequel animated film also due for 16th might be the launching platform for the second series – I know, I know, a bit optimistic, but there were so many rumours that Season 2 would air in July, if it wasn’t then surely it will be very soon after.  It has been announced on the MyAnimeList website and the Facebook webpage for Quanzhi Goushou.  No other sources have confirmed any other date that I can see.

It needs to be pointed out that this is a rumour until it is officially stated by the production company or TV company or series distributor.  See also below.

8th September 2019 – Anime News Network have changed their website on the Second Season to start airing in November 2019.   There is no specific date and I honestly think they are as much in the dark as the rest  of us.

I’m checking out as many sites as I can find regularly and everywhere seems to be very quiet.  Tencent I think, want to give as much publicity and media attention as possible to it’s high budget (and very good) live action series before announcing the airdates to the anime.  It’s logical and annoying for us fans of the saga but lets face it, the live action show was pretty good too  🙂

The August 16th is pretty much official if you can believe the poster!

The film was released on 16th August as expected.  There are no reviews on-line (that I can see) yet.  I’ll update as soon as I see something.

The second season of Quan Zhi Gao Shou (The Kings Avatar) will not be 24 episodes.

Like you, I hate reading web pages where there are lots of disclaimers, but I have to point out that this has not been confirmed by Tencent or any reliable source (Producers or Distributors) and the information may be inaccurate.

The live-action series started airing on 24th July  It shows three times a week inside China on the Tencent network and from Thursday to Saturday on WeTV for viewers outside China.  The subtitles are better on the WeTV network website but are not particularly good.  I am reviewing the shows as best I can and placing them as posts on this site. I’ve sof far done three Episode 1, Episode 2 and Episode 3.

Checkout the thread in the forum for links to all the currently reviewed shows (I just completed episode 15 review this evening). 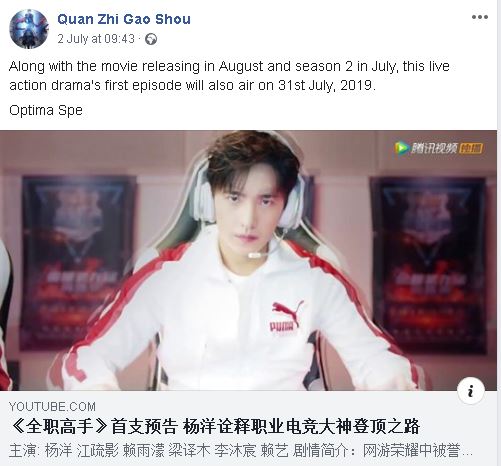 Live-Action Kings Avatar was confirmed according to the QuanZhiGaoShou twitter feed and latest news can be found there. 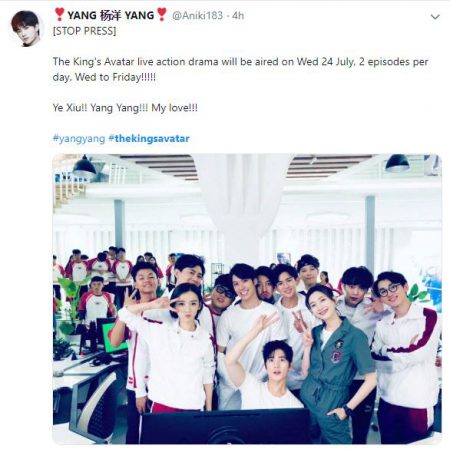