Surviving Mars is a maddeningly addictive city building sim from the Bulgarian developer Haemimont Games AD best known for the Tropico franchise. For the fans of Tropico the game will definitely have a familiar feel, except this time we get to be mad power-hungry dictators IN SPACE 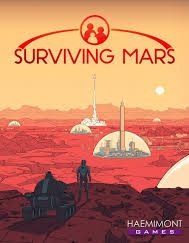 Surviving Mars is a maddeningly addictive city building sim from the Bulgarian developer Haemimont Games AD best known for the Tropico franchise. For the fans of Tropico the game will definitely have a familiar feel, except this time we get to be mad power-hungry dictators IN SPACE.

The game is based on “real Mars data” and comes with extensive codex full of Mars facts and ideas for near-future tech that would make domed cities on Mars possible. The landing sites are picked on real Mars maps and reflect the profile of the area: more or less minerals, water deposits, rough terrain or natural disasters. You can start your colony right by the Olympus Mons if you like, though it’s a pretty rough place, to be honest.

Despite this promise of gritty realism, the graphics are cartoonish and adorable. Cute little drones zip around in their red helmets, green-lined bubbles of the domes light up at night like jewels, stockpiles of the resources look satisfyingly chunky, and the spacecrafts for some reason are painted to look like sharks. You can zoom out to survey the whole of the buildable area (sadly it’s not the whole planet, just a square chunk of the surface) or zoom in on a single drone, or, if you have a Project Laika DLC that adds animals (you should definitely get that), check on every dog in the domes. There are three speeds, so you can fly through the development tasks or just chill and observe your colonists get on with their lives.

The gameplay is a lot more streamlined than Tropico. There are fewer things to produce, and only one exportable resource: rare metals. There’s more control over imports and exports and the rate money and goods are coming in. New people won’t just show up or leave like they do in Tropico, they need to be brought over on a rocket. You can even screen your applicants by their age, specializations, gender, personality perks and flaws. On one hand, is great to see that the game includes non-binary people and has chronically ill nonchalantly apply for a space mission. On the other hand, it gives you handy buttons to discriminate against all sorts of people in your colonist selection process. Sure, in Tropico you could order election fraud or covert assassinations, so you could say workplace discrimination rather pales in comparison, as dictatorial powers go. But then again, in Surviving Mars you could just kill all your subjects by shutting off their oxygen like in Total Recall so it probably evens out. 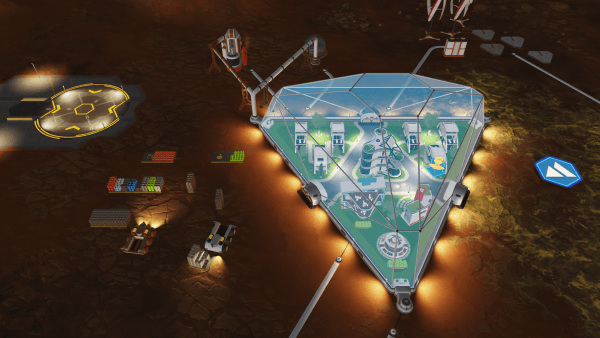 Seriously though, it can be a bit heartbreaking when a planning mistake or a random disaster wipe out hundreds of your people. They all had names! They’d graduated from Mars University, they had plans for the future! As in every good economics simulator, any break in a system cascades catastrophically.

A temporary food shortage can kill your miners which will leave your engineers without supplies which will leave your infrastructure without repair until a burst pipe will ruin the next harvest and cause a real famine. You can always buy supplies from Earth – as long as you have money, which you only get from labour of people. Eventually you might be left as you started, with a handful of drones on an empty planet. Only this time the planet is strip-mined and nobody else wants to apply for your Operation Certain Death Mars Colonization Initiative. Still, on Normal difficulty levels it entirely possible to pull back from any failure.

Thanks to the simplified economical model, you can micromanage the hell out of every aspect of your colony, including individually assigning housing for your colonists and setting tasks for every drone. And sometimes you have to! Some geologists just wouldn’t move out of the dome near an exhausted mine because there’s a bar there. Some drones will sleep on the job next to a full food store while people in the next dome over are starving. Automated flying shuttles are more reliable, but there’s never enough of them and you often have to manually send truckload of goods to critical destinations. 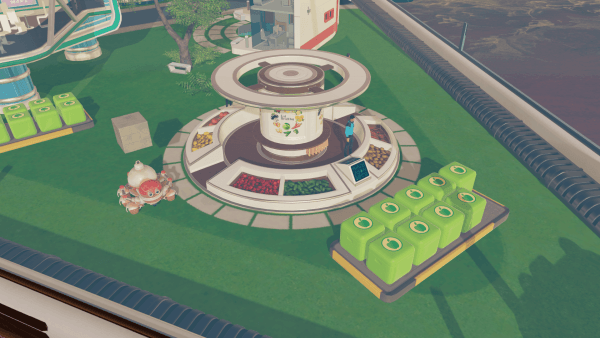 The game keeps throwing disasters, side quests and mysteries at the player to keeps things fresh on replays. But at its heart it’s a very solid logistic and resource management game, with enough depth and variety to hold your attention for days. That said, there’s not much else to it: just sandbox mode and challenges, which are… sandbox mode but faster.

There’s no questline, no backstory, no missions, no bumbling minions or wily adversaries. The tech tree is deep and involved, but you can’t plan ahead with your research path because only the next available option is visible, and any bonuses you get are random. The game lets you automate a lot of logistics as the colony grows, but the actual expansion process remains repetitive and tedious.

That said, the endgame is great! It’s often lacking in sandbox games, when it becomes just too much to manage and nothing more to discover, but Surviving Mars allows you to build some late-game “wonders” – huge projects that do away with a lot of micromanaging and really feel like technological breakthroughs, a new era of your little civilization.

And with the Green Planet DLC the endgame becomes sublime. You can begin to terraform Mars, create lakes, warm the planet up (we certainly already have the technology for that), build up planetary magnetic field to keep the atmosphere from escaping, and enrich it with oxygen. You can slowly spread lichen and grasses over the red dust until it’s time for crops and trees. Probably because green Mars had been the humanity’s dream for so long, seeing it covered in forests in-game feels incredible. And then eventually there comes a moment when you can open the domes and build your capital city under the open sky…

Checkout other News & Reviews from Sci Fi SadGeezers:
Google Stadia Doesn't Suck - but it IS unproven and is being over-hyped 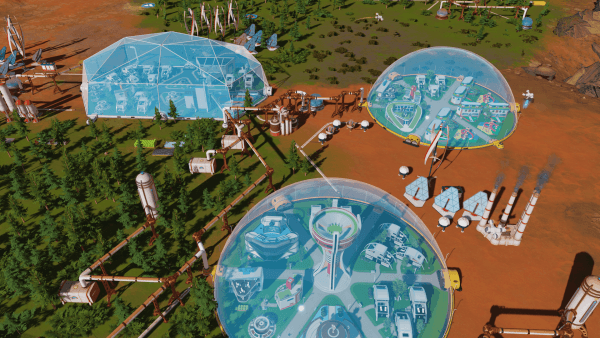 All in all, Surviving Mars is a very enjoyable, highly recommended game, up there with the best in the genre. I hope this franchise will keep going, there’s certainly lots of potential there. There are still two tempting DLC packs I haven’t played: Mars Race, that makes you compete with rival AI-controlled colonies, and, of course, the most important one: Marsvision Song Contest.