The Purple, Green, Blue Triune Theme doesn’t exactly blow me away as the coolest theme for a season ever, but it is pretty good and to be honest, the last season theme was so crappy, I didn’t even bother trying to exploit it.  I just played the character and got my greens and waited for the next season 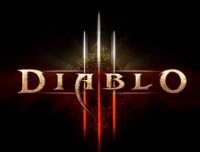 The Season 18 of Diablo III

It’s actually pretty good.  The color (Blue, Purple and Green) triune Theme doesn’t exactly blow me away as the coolest theme for a season ever, but it is ok and to be honest, the last season theme was so crappy, I didn’t even bother trying to exploit it.  I just played t he character and got my greens and waited for the next season.

As Diablo Seasons go, this is just as well set up as all the others.  It arrived quickly, which was nice.  I remember recently having to wait more than a month for one of the seasons to start again.

Best of all, it’s free!  This whole Diablo Season activity is a benevolent action from Blizzard for fans who purchased the original game.  It’s wonderful and I for one am very happy to play any new content whenever I can.

If you haven’t played Diablo 3, I can strongly recommend it.  It’s one of the few games you can keep coming back to with fresh eyes (even if they are full of murderous intent!  🙂 )

Ok so what happened when I turned on my x-box and started the game.  Well, myself and my wife chose to play the Crusader class and we started off leveling with bounties at Master level.  The wife likes to toil a little with her gaming so she though it would be more fun to start at the highest level before torment.  Actually, it wasn’t too bad to start with but gradually as we get past level 5, it started top become tedious, It went from 10 hit’s per death per mob to 20+ and we quickly turned the difficulty level back to hard.

As soon as we gathered some gear, we started doing normal rifts.  Our aim was to level quickly to 25 and gear up quickly before re-evaluating our difficulty strategy. It too only 3 rifts!  Seriously, we went for level 11 to 26 in three rifts.  They remain the fastest way to level in my opinion.

So, gameplay:  The Triune is an interesting theme which I thought would be really disappointing for melee class like the Crusade.  The basic premise was that you stood in circles as they appeared to receive a small buff for a short period of time (about five seconds).  if you weren’t in the circle, you wouldn’t receive the buff.

What actually happened, was that the buff appeared on the ground during a fight and all you needed to do was pass through the circle to receive the buff.  If you stood in the circle then the buff would be received continuously and the timer would reset once you left the circle.  That would really well for melee who are used to running around a bit.  I’m not sure how it will work for ranged who are not near the circle in the first place so they will have to run up to it (possibly in melee range) and then stand it it to get the buff, It may be too much trouble. 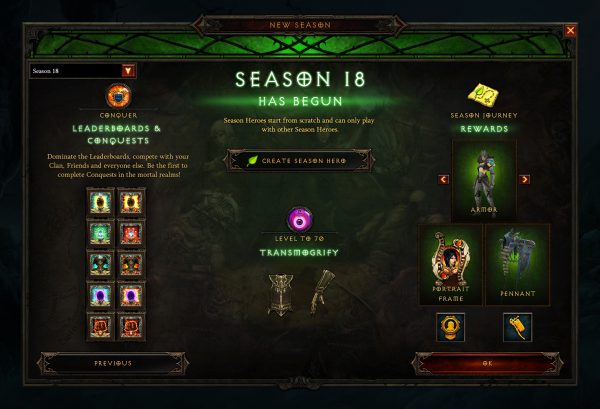 For us, the real fun starts when we complete the first chapter.  For some reason, the season seems to get more intense then. Can’t wait!

Some of the big challenges this season (and I appreciate that some of you hardcore players will think it funny, but for us, this will be a challenge:

Lots of challenges and lots to do!

I’d therefore rate this season (so far, at least) a very well-produced-and-established-bug-free-easy-to-settle-into – 9.3 out of 10.
I hope you like it too!

Of course, it’s available on the switch, PC, X-Box (I actually have it on all three and the gameplay is very similar). Also IOS and PS4.

The pics, names and everything else associated with the game are the property of Activision, Blizzard Entertainment, all rights reserved.

This short and lets face it, scant review, is copyright Tony Fawl and not for reproduction without the authors permission.

Checkout our other game reviews