Alice takes care of Kirito after the battle of the Pontifex. Kirito is in a bad way and Orcs and Goblins are on the move – He needs to get his fructlight together quickly! 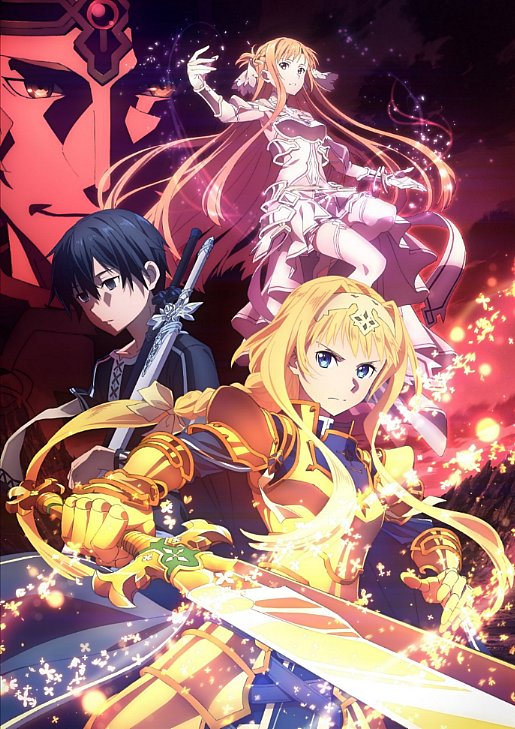 Sword Art Online – War of the Underworld – Intro to the Review

This is a review of the first episode of the second half of the third series.

Sword Art Online is an anime series adapted from a light novel written by Reki Kawahara and illustrated by someone called ‘abec’ (according to Wikipedia).  it has been hugely popular for the last few years and the third season of Sword Art Online is called Alicization.

The first part of the season deals with the the identity of the characters and uniting them to a common cause.  It is animated from the first ninth to the fourteenth volume of the light novels.

The second part of the Third Season is called Alicization – War of the Underworld and is based on volumes fifteen through to eighteen. We saw the first part of the series towards the end of 2018 (October) and it went on until March 2019.  This part of the series was launched on 5th October with a recap episode to help us catch up to the previous episodes from earlier in the year. The actual first episode was aired on 12th October and this is the episode that is being reviewed.

Sword Art Online Alicization – War of the Underworld is animated by A-1 Pictures and directed by Manabu Ono. Its debut was on Tokyo MX, BS11, Gunma TV, Tochigi TV, and MBS, on October 12 2019, and it started on AbemaTV around the same time. The show will at that point debut on AT-X on October 13 2019, and on TV Aichi on October 15 2019. Funimation, Crunchyroll and HIDive are also streaming by arrangement.

Recap up to this Season

The star of the previous stories in the saga is Kirito who is an exceptional RPG game player who has suffered brain damage and is held in a stasis chamber to help him recover.  To exercise his brain, he is immersed in an alternative reality to help him recover.  Alas, it wasn’t an easy transition and he has been forced to battle a number of bosses and situations to rescue his friends sister, the titular Alice and this culminates in the defeat of the main boss, the Pontifex.  This final battle caused him some considerable injuries, in particular, to his ‘fructlight’.

Review of the First Episode, In the Far North

It opened with the luscious, magnificently drawn landscape of the countryside near Rulid a village that Alice was born in with her sister Selka and her brother Eugeo.  Alice is outside the house gathering food when she is joined by Selka. She was taken away at an early age because of a local bylaw infringement and only her sister remembers her with any affection. 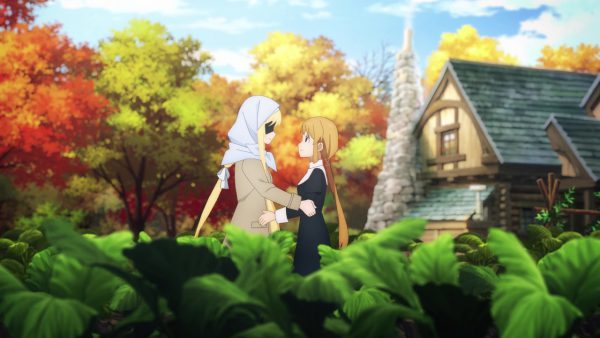 Alice is greeted by her younger sister, Selka

Alice feels obliged to help Kirito him for saving not only herself, but half of humanity from the Pontifex’s attempt to turn people into elaborate weapons!  It isn’t clear is she has developed any romantic feelings for him at this point, but her will to care for him while he recovers is undeniable.

The town of Rulid is set in a beautiful part of the landscape But their lifestyle though isn’t particularly good.  They are considered criminals by the village people and not actually allowed to live in the town.  They only way they can make a living is for Alice to use her sword to chop wood for some of the obnoxious citizens and town business people once a month.

When she takes Kirito out into the countryside for a walk, it is clear that he is very unwell.  He is unable to talk and can only barely move his arms.  Alice is sure that the walk will help (actually she pushes him in a wheelchair) and she remembers via a flashback, how they got to this position.

Forget Kirito – Deal with the Darkness!

After the defeat of the Axiom Church Pontifex, Alice’s talks with her close comrade (whom she refers to as Uncle), Bercouli and decides to leave the tower to find refuge. Bercouli stays behind to gather the remaining Axiom Integrity Knights in the hope that he can prepare some sort of force to battle the forces of Darkness that he thinks are on their way.

Unfortunately, many of the Axiom Church Integrity Knights still have their heads up their asses – they believe that even though the Pontifex was going to do something bad, it’s all the fault of the rebel Kirito.  To them, he is the Pontifex’s murderer and should be put to death.

The village of Rulid isn’t much better.  Alice is forced to live outside it because of her status of criminal.

Chopping Wood for the Ungrateful

After their walk in the countryside, Selka tells Alice that Mr. Barbossa wants her to cut down a tree.  He has an arrangement with her that will allow her a small income to pay for food etc. if she cuts down trees for him once per month.  This is a special request.  Selka isn’t happy about it.  She believes that the villagers are unfriendly and downright rude to her.  Indeed, we see that although Mr. Barbossa is all smiles and appreciation, he is hiding feelings of loathing in having to deal with her. 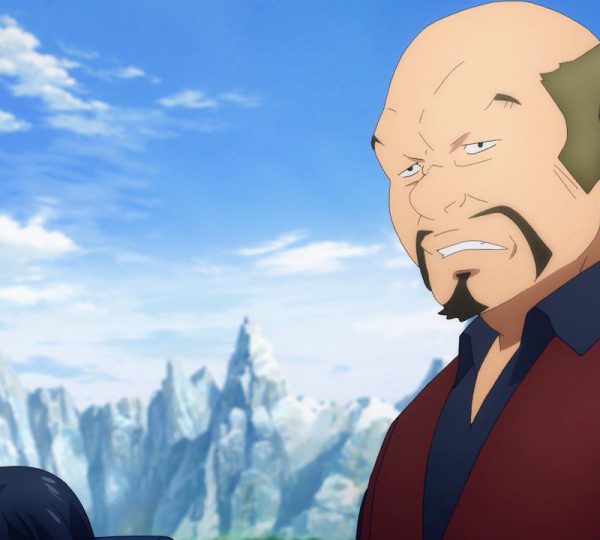 The other villagers are also mistrustful and unfriendly.  She cuts down the tree and receives her payment.  She refuses to cut any more trees down until the next months scheduled day of work despite offers of more money from Mr Barbossa.

Later that evening, Eldrie Synthesis Thirty One, a senior Integrity Knight, pays Alice a visit. It was actually an accident how he found where she was staying.  He was on a mission to collapse caves in the North and was patrolling the perimeter when he came across Alice’s dwelling. He tells her that he had been ordered to collapse the caves because Orcs and Goblins had been spotted near them. 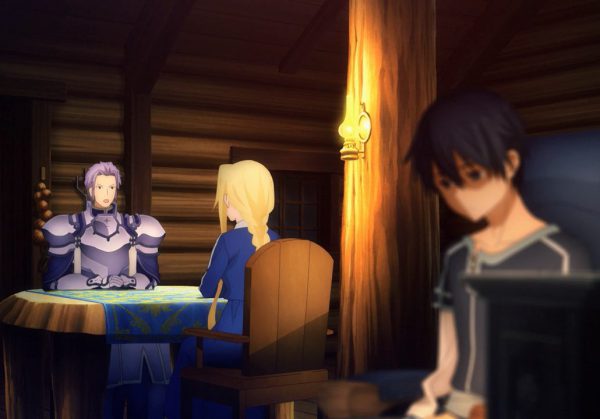 Then his emotions get the better of him.  He almost begs her to return to the Integrity Knights as they are desperately in need of her ‘sword’.  He asked that she execute Kirito and return immediately.  She refuses and explains that he does not deserve to die, that he also has a strong sense of justice.  She also tells him that she herself, is not as strong as she used to be.  If they were to fight now, she would only be able to last for three strikes (which possibly explains one of the reasons why she doesn’t want to work each day for Mr. Barbarossa – she simply doesn’t have the strength). 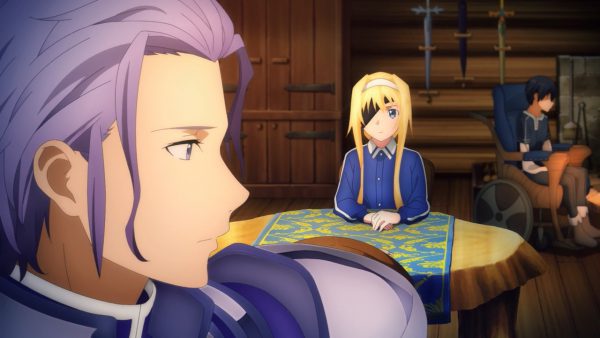 Eldrie Synthesis leaves and Alice and Kirito retire to bed.  Alice is upset and tearfully asks the sleeping Kirito what she should do. 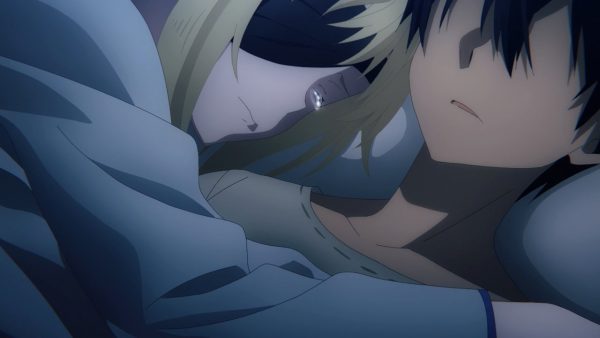 Suddenly, her dragon (called Amayori) screeches and when she goes outside to see what is wrong, she notices that there is firelight in the distance over Rulid.  She calls for her sister desperately and there the show ends. 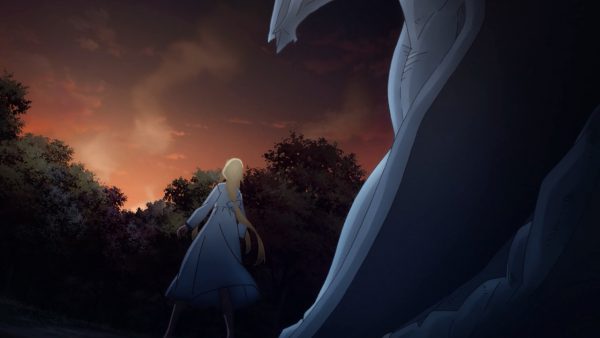 The animation is stupendous.  It was as though someone said to A-1 Pictures, here’s some extra money, improve the graphics, make the colours luxurious and the scenery gorgeous.  Alas, the characters need to be recognisable so there wasn’t much on an improvement there. They were still a little two dimensional.  Watching the episode was really nice on the eyes though.

…. And a bit boring!  Sure the pacing was ok but I wanted to see Kirito start bashing stuff up!  It seemed that the focus was now on Alice and even she wasn’t the same, For instance, was it me or did she look a bit dowdy and miserable. I know it’s all after the big battle with the Pontifex and all, but they won! In this, the return of the show, I was hoping to be cheered up with some swashbuckling, epicness of some sort or even something which moved the story along a bit.  With the exception of the very last scene, it all just drifted – still cool, but a bit too slow.  I’m sure when we reach the end of the season, we won’t be saying, ‘awe, I wish that was as as good as the first episode!’

So, will I be watching the next episode?  Oh my god yes!  Don’t get me wrong, the first episode was a little slow moving, but this is SAO, it’s gonna get great and I’m really looking forward to the next episode – which I’ll probably review.  Yes, most certainly, this anime is recommended.

Overall, I’d rate this Sword Art Online Alicization – War of the Underworld episode a lukewarm ….. but-hey-it’s SAO-so-that-makes-it-ok 8.7 out of 10.  What did you think?  How about you let us know by ranking the show by selecting the Users tab in the review block above.  Select the star rating you feel most appropriate and then select Submit.  Simple as that 🙂

The pictures, characters and everything else associated with the show is the property of A-1 Pictures, Funimation, Crunchyroll, and HIDIVE. Also Tokyo MX, BS11, Gunma TV, Tochigi TV, MBS, AbemaTV, AT-X and TV Aichi.  All rights reserved.