World of Warcraft Classic – It’s back!

Blizzard always said that they would never bring back the vanilla WoW and yet, in a few days time (27th August 2019), the classic version of WoW that we all told everyone we played (but we didn’t because it meant we would have been 3 years old) is out – and it will only cost an arm and a leg to play it! 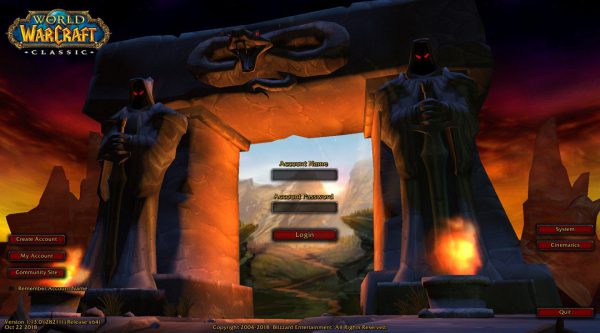 Amazingly, it only costs the standard $15 per month to play it!  Yep., that’s all.  So just to be clear, you are getting the original, bug ridden difficult to play game with crappy graphics and stilted game play for the same as a normal WoW subscription.  If you are a returning player like me, that would actually be too much.  I’ve already played it before – it should be free….

Blizzard have already begun issuing warnings to prospective subscribers that they may not actually be able to get onto the servers for a few hours!  Seriously, you get a crappy graphics game, poor game play, loads of bugs AND you can’t get on the server for the miraculous price of $15 dollars per month.

Are they as stoopid as the tens of thousands of WoW players who are clamouring to subscribe?!

This is what Blizzard said  – I wizzed this from the Daily Express website:

“As you can imagine, it’s difficult for us to gauge how many people will come to play Classic and stay on to experience max-level content. Ultimately, we want to see realms with healthy stable populations so we’ll try to match demand without inadvertently creating low population realms in the process.”

“Based on name reservations so far, the Herod realm is looking to be massively overpopulated,” the Blizzard statement adds. “If all existing players on this server remain there, login queues in excess of 10,000 players are a certainty, and possibly much higher than that. We recently opened up the Stalagg realm, and we urge players on Herod to consider moving there. There are a lot of players currently on Herod and we want Stalagg to fill up before we open any new PvP realms. This is so that player population is spread as evenly as possible before launch, in order to provide the best play experience. 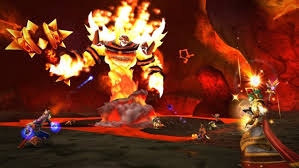 While we are able to fit several times more players on a single realm in 2019 than was the case in 2006, we are not going to raise that cap any further, even though we have the technical capacity to do so.

We wanted to hold true to our main objective of ensuring healthy realm communities in a post-Launch world. Therefore, we felt that the best approach here was to start off with fewer realms in order to gauge player interest during the name reservation period. As we have seen players congregate on certain types of realms, we have opened up new realms with communication to that effect.

While we acknowledge that queues will be part of the launch experience, we encourage players to keep an eye on the forums and message boards over the next days/weeks for communications around realms with lower populations and therefore more manageable queue times.”

I guess you have to be a dedicated fan of the game.  I’m also pretty sure that if you are an existing subscriber, this will probably be free but I haven’t been able to confirm that yet. (very likely though).