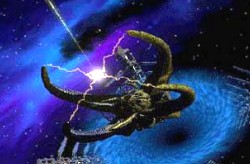 Vorlon Planet Killer WADDA SHIP!! Now were are getting to the real mothers! This ship is absolutely useless except for firing one shot at some poor planet and blowing it to kingdom come! It is approximately five (erm.. thousand) kilometers in diameter and is the only ship of the babylonia saga to look like a flying saucer (with dangly bits at the end). It’s single armament is really just a very powerful laser beam. The bulk of the ship is required to generate enough energy to fire the laser. It can onLY be destroyed by one of the other ‘First one’ races. The Planet Killer is heavily defended by battle ships and fighters. {and it seems, is the most talked about spaceship on the net!}

Note from Councilor G’Xan. “The Vorlon Planet Killer…….Now I don’t know WHY several people on the Net continue to say that this ship is only 5 kilometers long as you say… This ship is at LEAST a THOUSAND kilometers across! The Vorlon Starcruisers are the ones that are 5 miles long. If you remember in the early episodes of the Fourth Season, the 5 mile long Starcruisers are seen as tiny marks in front of the huge Mothership. I think people misunderstood Marcus when he said that he and Lyta saw that some Vorlon ships were “four of five miles across”, that he meant the Planet Killers. Not true. He was talking about the capital ships, NOT the Mothership. The Vorlon Planet Killer is as big as the Death Star. And I wouldn’t assume that the Mothership has weapons other than the Main Gun.”

Note from Izzy
The Vorlon Planet Killer is not 4 or 5 THOUSAND km across, and the heavy cruisers (Formally called Star Dreadnaughts) are not 4 or 5 km long. To back this up, I’ll use differenciations from episodes. In “The Gathering pt 2” you see a fleet of Vorlon ships jump out of hyperspace, aiming at B5. As you see, the Star Dreadnaughts are just a smidgen compared to Babylon 5 (And Bab 5 is about 7 or 8 km long\5 miles long) so that makes the Star dreadnaughts a lot smaller than 4 or 5 km. Granted, the ships are biological so they can vary in size, but not once do you see a SD as long as babylon 5.

Vorlon Battlecruiser The Vorlon battleships and fighters all look like bloody sea animals! It’s a bit distracting watching a nailbiting episode of B5 when a giant squid appears and blows up the baddies. when it has anything to do with the Vorlons – is watch it sober! – I get seasick otherwise. The Vorlon Battleship is sort of minimalist in it’s approach to battle. It, like the planet killer and the fighter, has only one weapon which it fires from between it’s legs {subsequent sentence deleted}. The powerful laser weapon also acts as a force field, defending the ship from attacks by other ships..

Vorlon Fighter Looking like a giant squid, the Vorlon is the most powerful of all the fighters.

It is very agile and sports a powerful beam which is generated from an energy field between its ‘legs’ . The Vorlon ships are alive in that they are sentient. I’ve always wondered what this means, Does it mean that they have intelligence, that they can reproduce or what? If they are alive and can reproduce what would be the favorite chat-up line? “Hay Tammy, nice energy field, do you fancy a movie down the shipyard tonight?” However, these ships are deadly. Smooth and curvaceous, they are approximately 60 meters long and as maneuverable as Hell! Not that hell is maneuverable of course …but it’s just that … erm… 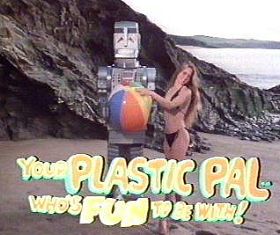 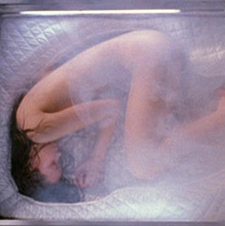 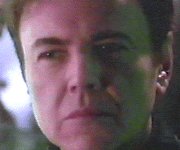