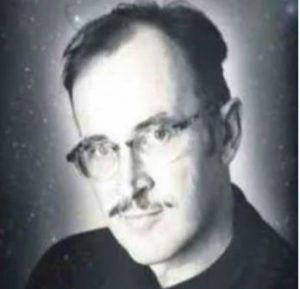 This interview was very kindly granted to us during Mr. Donovan’s lunch break. A few questions were missed, but I assure you that they were missed due to lack of time, not to any reluctance on the part of Mr. Donovan

Please also be aware that I am paraphrasing, since I don’t know shorthand, therefore any typos or misstatements are due to my transcription skills, or lack thereof. Who knew that I would someday regret not learning shorthand?

Are you currently working on any other shows or feature films or is Lexx consuming all you energies?

Paul Donovan: I am just working on Lexx, it will take until spring to finish all the post production work. (Note; Mr. Donovan pointed out later that doing twenty four one hour episodes was the same as shooting twelve full length movies. Which would account for him not having a lot of other irons in the fire.)

As a story writer how do you feel about people creating their own stories based on your characters and themes. Is it a compliment or are you like Ann Rice and consider it an affront?

Paul Donovan: No, I don’t mind, after all script writers do this all the time. As long as people enjoy it, I have no problem with it.

What was your favorite Lexx episode, and why?

Paul Donovan: Does it have to be an episode that has already been seen? I think that the episode we are working on right now ‘Prime Ridge’ is going to be great. Also the episode ‘The Game’ is very experimental, it is either going to be really great, or really bad. It is not going to be a normal episode even for Lexx; it is a game, nothing but a chess game.

What is the funniest thing that happened during the production of season four.

Paul Donovan: Well that’s hard to say, so much of it is either only funny to us, in jokes, misbehavior and stuff like that or it is stuff that is not the least bit funny at the time. Crises of various kinds, and it is hard to find later when enough time has passed that it becomes funny, but we are trying to keep better track of it this year for the bloopers reel.

Lexx brought a breath of Star Wars to TV and left several fans with feelings they had not had since the premier of Star Wars. Was it your intent to make the Sci Fi community sit up and take notice, or did you feel that you had a great story and that was good enough for you?

Paul Donovan: I was also struck by Star Wars. There was no sense of competition with Star Wars, but that would be a worth while ambition to have achieved the same effect. I especially liked the way Star Wars told the story first and was science fiction second. I felt that Lexx had a freshness that much of television was lacking.

Did you think that Salter Street would be as big as it has become?

Paul Donovan: I was in a tunnel the last six years working on Lexx and while I hoped it would be successful, but I didn’t think it would be this big.

Has running such a large enterprise such as Salter Street affected your outlook on life or your writing?

It has been said on the boards that if Sci Fi picks up Lexx for a fifth season, MM will not be back.

Paul Donovan: That is not even a matter for discussion. Sci Fi would probably accept a fifth season, but we made it clear to them that we are not planning one. We are worried that if Lexx continues there is a good possibility of the creativity being exhausted.

Which editing ticks you off the worst, the cuts for sex or violence?

Paul Donovan: Probably the violence, as it is mostly done with lightness, unlike some of the darker stuff that you see.

After a few seasons did you feel a need to stay consistent or did you just let the story go its own way?

Paul Donovan: There was a main story line but both the story and characters were constantly developing as we went.

Has Lexx changed much from your initial vision?

Paul Donovan: Yes, now that it is almost over I have finally figured out how to do it.

Is the divine order or insect control going to be reintroduced in season 4?

Paul Donovan: No….. Not really.

What was the deal with the two talking stars on Brunnis in Supernova?

Paul Donovan: That was just stuck in there for fun, why shouldn’t stuff be fun?

Was MM doubling for the guy Dale in Texx Lexx?

Paul Donovan: Yes, sharp eyes there, someone wins an award.

What have you got against bald German men? Both Dr. Kazaan from Luv Liner and Mantrid have be bald, Germanic and overwhelmingly evil.

Paul Donovan: Nothing at all, but the first three seasons were German co-productions and shaved heads are very popular there in certain circles.

What is the story behind Sci Fi not promoting Lexx the way they do their in house shows? And how do you feel about it being banished to late-late Sundays during it’s re-runs when this not necessarily the case for the other Friday night Sci Fi programming while they are in re-run?

Paul Donovan: I’m not really sure what exactly this is referring to. Sci Fi has told us that the promotional push for Lexx would be equal to their other shows.

Ed. Note: I then explained about the marathon twenty-four hour Sci-Fi tapings just trying to catch a premier promo, and the Farscape, Chronicle and Invisible Man promos till your ears bleed, as opposed to a single Lexx promo during Lexx and the occasional Summer of Sci Fi snippet. I also pointed out the close ratings between Farscape and Lexx despite the virtual promo black out for Lexx.

Paul Donovan: Well, different shows require a different amount of viewership to justify their cost. So it is possible that Sci Fi might be more heavily pushing the shows that cost it more money than Lexx does, especially if they are in house shows. (Note: Is this guy just too diplomatic for words or what!)

Why is Lexx being shown at different times in different countries?

Paul Donovan: This is a time span problem, the networks purchase the show and then decide when to show it for according to their own internal reasons. once we are finished with it, it leaves our hands.

Any chance of the rights to Lexx be sold for future Lexx shows?

Paul Donovan: This decision now belongs to Alliance Atlantis, but I have not heard anything about that.

Can you change your marketing outfit to give the Lexx stuff more exposure?

Paul Donovan: All of that is now under Alliance Atlantis that will be up to them. I have not heard anything but they may focus on it in the future. (Note: When I spoke with Lex later, He said not to even get him started on this topic!)

any chance of a movie version of Lexx?

Is there any chance of a made for TV prequel?

Paul Donovan: If there was a good budget and script I would not mind being involved. But I feel it is time to move on.

Are their any plans on doing some Lexx books?

Paul Donovan: Well there have been some discussions, but the publishers want someone to write them and the Lexx writers are too busy writing the show. Perhaps when things slow down, but I am not currently inclined to do it.

What is happening with the Darrow/Valdron ‘All about Lexx’ Book?

Paul Donovan: The powers that be in regards to projects like this now rest in the hands of Alliance Atlantis and it will depend on what they want to focus on. Although I am very pleased because Darrow knows the show better than anyone.

What are your plans for the future?

Paul Donovan: I have some ideas about doing a mini series, but I’m not sure who I might do it with. one of the things I am thinking of is using CGI to do historical drama, instead of creating a parallel universe I would be creating Renaissance Italy. I think that would be very interesting.

I thanked Mr. Donovan for the interview and he went up to the offices to check on a few things. I proceeded to wander about the studio, visiting other Crew members.

This interview is © 2001 theFrey.
Not for reproduction without the authors express permission 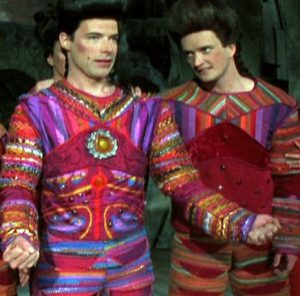 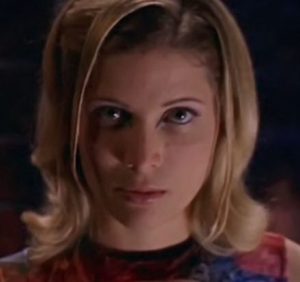