The Watchmen is a 9 episode dystopian action drama TV show released in October 2019 by HBO (also available on Sky Atlantic). It stars Regina King in the lead role and she is supported by Louise Gosset Jnr. Don Johnson, Jeremy Irons, Jean Smart and others 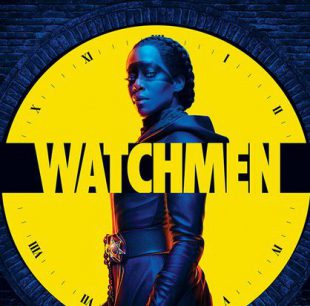 The Watchmen is a 9 episode dystopian action drama TV show released in October 2019 by HBO (also available on Sky Atlantic). It stars Regina King in the lead role and she is supported by Louise Gosset Jnr. Don Johnson, Jeremy Irons, Jean Smart and others.

The TV show is created by Damon Lindelof who wanted to make a ‘remix’ of the classic watchman saga. The term ‘remix’ is confusing since it is essentially a new story set 34 years after the initial Watchmen comic books and film with some new characters and situations added. Characters from the previous story by Alan Moore and Dave Gibbons include Doctor Manhattan, Silk Spectre (the second one, played by Jean Hart), and Ozymandias (played by Jeremy Irons) although he is completely unrecognisable as the affable super-intelligent superhero/supervillain that saved the world by killing millions.

The production companies involved are White Rabbit, Paramount Television, DC Entertainment and Warner Bros. Television.  The focus of the story is of increased racial tensions and in particular a KKK-like organisation called the Seventh Kavalry. The story is set in Tulsa, Oklahoma.

I hate to say it, but it’s a bit of a come down after the collosal story of the film and comics. The early episodes concentrate on the development of this racial tension as a backstory (in the same way that the original saga had the cold war conflict).

What is it about….

This story takes place in an alternative reality, many years after the events of the comic series. Heroes are now seen as vigilantes and hunted (sometimes by ex-heroes) as they have been outlawed because of their violent methods. In 1985, Adrian Veidt, formerly known as Ozymandias attacked New York City using a huge squid-like alien which resulted in millions being killed. This diffused the global tensions of the time (the cold war between the east and west) seemed to fizzle out after the disaster caused by a seemingly new threat from outer space. Nations began to to work together and were therefore able to avert a nuclear war. The actions of Ozymandias disgusted his former hero colleagues and one in particular, Rorschach, sent his personal journal to a publisher before his death by Dr. Manhattan.

Now, in 2019, in Tulsa, Oklahoma, the world has moved on. Instead of the mystery of the death of The Comedian a famous superhero, this saga deals with the mystery of who killed the local Chief of Police. The Cold War is no more and in the heart of the US there is a thriving white supremacist group called the Seventh Kavalry.  This group managed to get hold of Rorschach’s diary and are using his narrow minded writings as a sory of gospel in the justification of attacks on the weak, disadvantaged, LGBT and black communities.

The group call themselves Kavalry rather than Cavalry because of both the Klu Klux Klan and some sort of discrimination against the famous 7th Cavalry of General Custer in it’s battle with the Red Indians in the 19th Century.  I’m sure there is some significance but I’m not able to work it out yet – I’ve only watched 3 episodes.

This was exacerbated with a severe attack on the law enforcement officers and their families around Christmas in 2016.  It later became known as the “White Night” after the white supremacist group killed many police officers and their families. The main character, Angela Abar (played by Regina King),  is one of the survivors of the attack and although she remains close to the police as a masked vigilante (called Sister Knight), she has left the police force.  If fact, following the attack, police officers now where yellow masks so that they are not recognised. 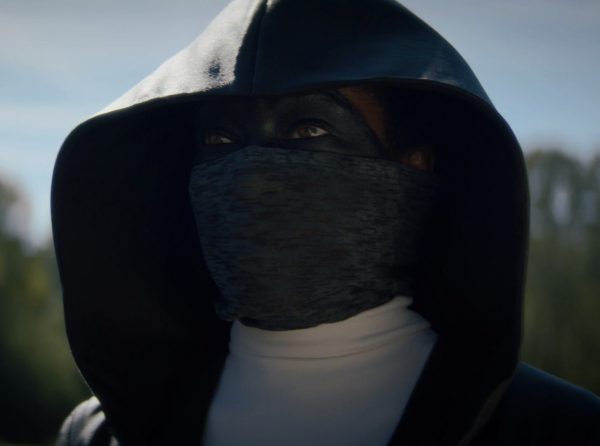 Her mentor and friend, the police chief (played by Don Johnson) , is killed one knight supposedly by a distant relative who claimed that he was once a member of the Ku Klux Klan. It seems that the Seventh Kavalry are on the move again and causing trouble in the community. Politicians and key members of the community rally to try and stop the spread and effects for racism. An ex-hero who is now a member of the FBI, agent Laurie Blake (played by Jean Smart) joins the police force in Tulsa to try and work out how and why the Police Chief was murdered. 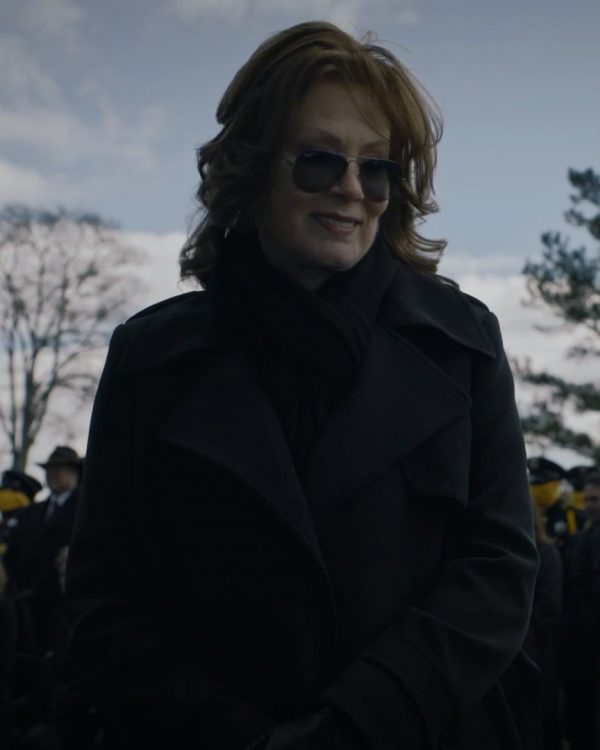 Is it any good?

The jury is still out. Some very creditable reviewers from for instance, The Guardian and Independent, Rolling Stone, New York Times etc. say it is wonderful (or words to that effect). Hell, even Rotten Tomatoes gave it above 90%! Many of these positive reviews site the excellent screenplay and complex undertones of the storyline as the reason for it’s huge success (some of these reviewers are already saying it is the best show this year!).

HBO have gone on record as saying that the first episode had the highest viewing figures of any first episode – that surely can’t be right!

On the other hand, there are viewers and other reviewers that are very, very unhappy. Some think it a trashy and poorly produced parochial drama that re-hashes old racist conflicts in a ‘conveniently’ alternate reality. Others feel that casting was poor and that if you separate the characters of Alan Moore and Dave Gibbons from the story, all you are left with is a sickly, winey and unengaging fictitious story of the battle against racism.

Personally, I hated the show. I forced myself to watch three episodes and was bored and angry throughout. Perhaps it’s a cultural thing, I am simply not interested in the characters or the story. There was some interesting photography but I found the story moved at a very slow pace.  It’s as though there was some reverence to the plot that demanded each scene should be savoured. It maybe that I’m missing the point a little – but it’s more likely that the writer considers himself superior to his viewers and patrionises his way through each scene (especially the ones which have some element of racism in them), puffing out his chest and belabouring his point – for example, I would say that this latest rendition of Watchmen has little of the exuberance of Moore & Gibbons work! Alas, it suffers even more from the concomitant crudities of a jumped up pipsqueak plagiarising a story behind the artificial curtains of an alternative universe……. see, it’s fucking annoying isn’t it!?

The show is poorly written, badly produced and the acting is sloppy except for Regina King (who is magnificent in this by the way – the only character worth watching!), everyone else – even the amazing Jean Hart struggled with some particularly badly directed scenes (but that might have been because of the patronising and silly screenplay).

The coolest part of the show, is the soundtrack by Trent Reznor. Boy did he do a good job! And that is probably why it has been criticised so much.  The drama portrayed by the music was much more poignant than the poorly constructed, badly written scenes.  It was completely over-the-top and very fucking eary and uncomfortable…. and magnificent!

Possibly the worst of the characters  (and just to be clear, 96% of them are two dimensional and uninteresting), Jeremy Irons was by far the worst. I was very disappointed at how he is portrayed.  In the original story, he is the archetypal bad-goodie (good-baddie) – now they have turned him into an idiot with a Napoleon complex – the point was that his intelligence is what made him scary and so formidable! He was affable, sincere absolutely driven, ruthless and determined – he demonstrated his ability at every opportunity and was always successful.  He was the scariest villain and one of the greatest superheroes in all of comicdom!  BASTARDS!  why would they change that!?   Is it because he is actually a prisoner of Dr. Manhattan – is the reason he is so bad to his clones because they are actually his prison wardens?  Boy that would be the ultimate insult to an already patronised and beleaguered audience, I really hope they don’t do that!

I felt as though I was subjected to three episodes of a patronising, winey, guilt-ridden, American libralist, claptrap and I hated almost every minute of it. Damon Lindelof has taken a decent story, ruined it and then defecated on the memory of its origins. He ‘created for television’ (as he credits himself on the shows titles) a pile of mastabatory drivel.  I don’t usually write negative reviews (in fact out of the 800 or so reviews on this site, this is actually the first) but after reading other so called reputable reviewers comments in in the mainstream press I was appalled.  It feel that they provided false praise after succumbing to the fear of a negative backlash for criticising a mainstream show that takes the moral high ground in the fight against racism – WTF! That is absolutely unprofessional and irresponsible to those who are genuinely sincere in such a conflict!

Do yourself a favour and give this show a miss, try ‘New Boys’ on Amazon, it’s MUCH better.

What did you think?  Am I out of order, did I miss the point?  Do you think the show was better?  Let us know.  Select the Users tab at the top of the page and rate each of the elements yourself.  I’d really like to see what you thought.

See more details of this in the Sci Fi forum

The pictures, story, news details and everything else about the Watchmen TV series are copyright Damon Lindelof, White Rabbit, Paramount Television, DC Entertainment and Warner Bros. Television. All rights reserved.