A 14 year old boy called Suzuki Iruma was abandoned by his parents and adopted by a kindly Demon school headmaster called Sullivan as his new grandson. He is now attending a school in the demon world where his new “demon” grandfather works as the principal. Life at the new school is exciting for the new pupil – if others find he is a human, he could be eaten. This is the great story of life as a human boy attending a School for Demons with his demon friends 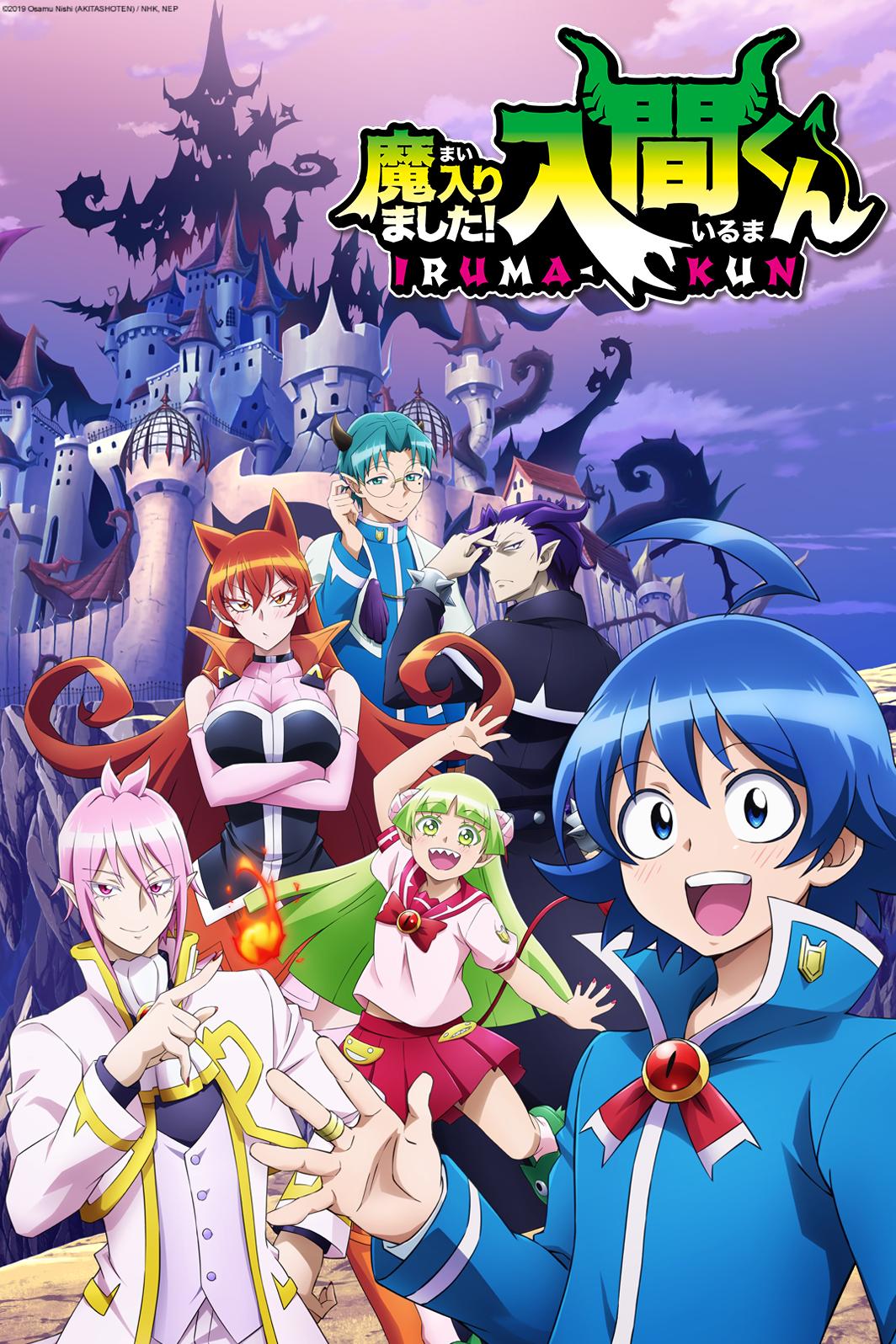 This show is my guilty secret. I appreciate (alas) that it isn’t fan-serviced-to-death – there are hardly any wobbling boobs or knicker-flashes, but even so, it’s good and it is still a guilty secret because it’s fun to watch and *shame* … erm….. for all the …. family.  It reminds me of watching Scooby Doo without doggies. It’s light and fluffy and yet has a story that is well told. It’s non-controversial – indeed, it’s aired around 5.30pm on Saturdays in Japan so it is clearly aimed and people of all ages – particularly family viewing.

Ok, lets get past some of the boring but essential stuff for a couple of paragraphs before getting to the nitty-grittiness of the review.

What Is It And Where Did It Come From?

It was a successful Manga series and the announcement that it would be an Anime series was made in the 10th issue of the Weekly Shonen Champion (alongside the announcement of Beastars) on February 7th 2019. It is slated for 23 episodes (which is great!!)

The series is produced by NHK and NHK Enterprises and is being animated by Bandai Namco Pictures. Makoto Moriwaki is credited as the director with Kazuyuki Fudeyasu as managing ‘Series Composition’ (whatever that is). The music for the show is being composed by Akimitsu Honma. The opening theme is by Da Pump and is called “Magical Babyrinth” – one of the best opening theme songs this season. Yū Serizawa performs the ending theme song “Debikyu” (デビきゅー).  The series is being streamed by Crunchyroll

It’s really good. I can’t believe that such a show (i.e. with the timidity of being for ‘all the family’) is so good. Graphics are terrific – the whole modern Munsters vibe along with the fresh and vibrant colour palette is positively invigorating! 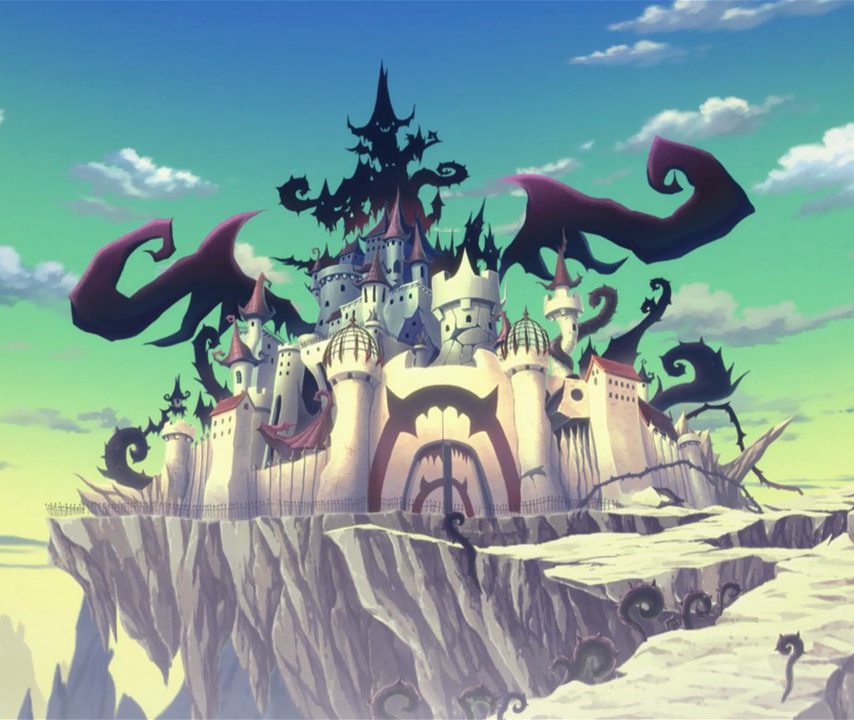 The sound acting is everything you would expect from Japanese voice actors and pacing for the show is terrific – you will not be saying to yourself, “c’mon, get on with it!“

Characters are very interesting and well scripted. There are all sorts or players, not just the usual macho, feminine, brainy, leggy, kawai people.

For instance, there is a female character that is as annoying as she is cute, as boring as she is exciting and as fun as she is erm… did I already say she is annoying?  The lead character is very much relate-able to those of us who are a little more introvert (or at least shy) without actually being erm.. “like us” if you see what I mean.. Character design is very well done and despite the situation, very believable.  (Very? again? Really? Can’t help the expletives I’m afraid, it’s a brief review about a cool show with a human boy set in a demon school).

What is it about?

Welcome to Demon School Iruma-kun (or Mairimashita! Iruma-kun) is the story of an unassuming 14 year-old Suzuki Iruma (voiced by Murase Ayumu), who has terrible parents. Not only are they exploitative and mean (they kept him from school to go and work for them instead), they then sell his soul to a benevolent and kindly…… Demon! 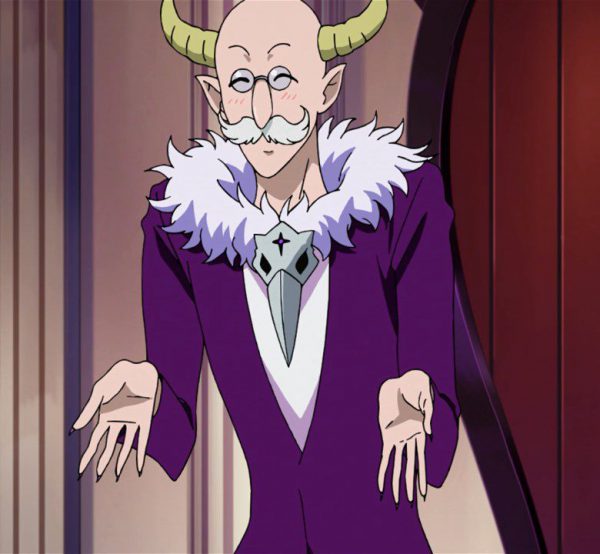 The demon seems a nice rather than ‘nasty’ entity (called Sullivan voiced by Kuroda Takaya), and he wants to adopt Iruma as his grandson and send him to school – something new. The only catch is that the school is in the Demon realm!  Lucky for Iruma, his new grandfather is the headmaster and also a spell-master extraordinaire! He is able to cast a spell to hide the fact that Iruma is human.

The School is called Babyls and yes, Iruma-kun can be considered very unlucky …..at first!  The thing is, he soon finds his feet and begins to make friends. Unfortunately he has to be continually aware that if anyone finds out that he is human, he could be eaten! In fact, the schools anthem is all about eating humans (lol, it’s actually quite catchy 🙂 )

Humans only exist to be our food
Suck them dry, soul blood flesh and all
Tremble at the sound of black wings
As we take flight
For we are demons

The younger guys (and older ones I guess) will be pleased at the cuteness of the yokai girls and the girls and erm.. women would also like the attentiveness of the demon boys and males. That sounds really inappropriate, what I’m trying to say is that it’s not an ugly show to watch and there is something for all the family….. hmmm. not sure that’s any better. Anime shows, as you know, can be great to watch and difficult to articulate. 🙂

Iruma-kun is a likeable and not too wimpy character that it’s easy to support. Despite the situation, I don’t feel sorry or sad for him – I don’t watch anime to get sad and miserable, and the incessant ‘feel sorry’ technique of  writers trying to get us to feel empathy for a character because of a miserable predicament is just bad writing and often tiresome.

Iruma has a number of strengths – for instance, he has an inability to say no, which may be a problem in a human world but is weirdly interesting and amenable in a Demon world. 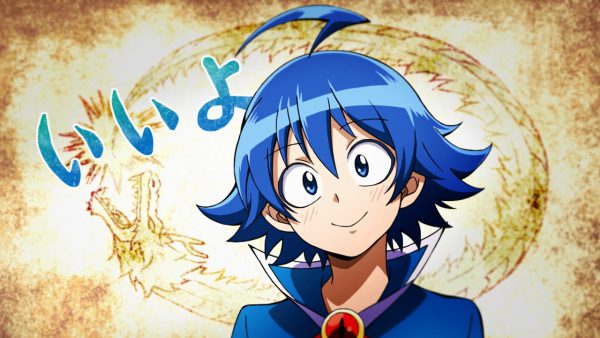 SURE! Iruma-kun has an irritating habit of always wanting to do what people want!

His best skill however, is his ability to dodge attacks (because of what he learned growing up as a toddler – his parents would regularly throw things at him, lol.

There are still lots of unanswered questions (I’m only on episode 6 at the moment) so I can’t actually tell you why Sullivan wants to adopt a human boy?  There is also a bit of a backstory about humans not actually existing (or that’s what most demons believe).

All the six episodes that I have seen so far have been consistently good. The story is gradually developing and there are a few twists and turns that are engaging rather than jaaring.

Of course I wouldn’t be a sci fi SadGeezer if I couldn’t admit to having a total crush on the Student Council President …. 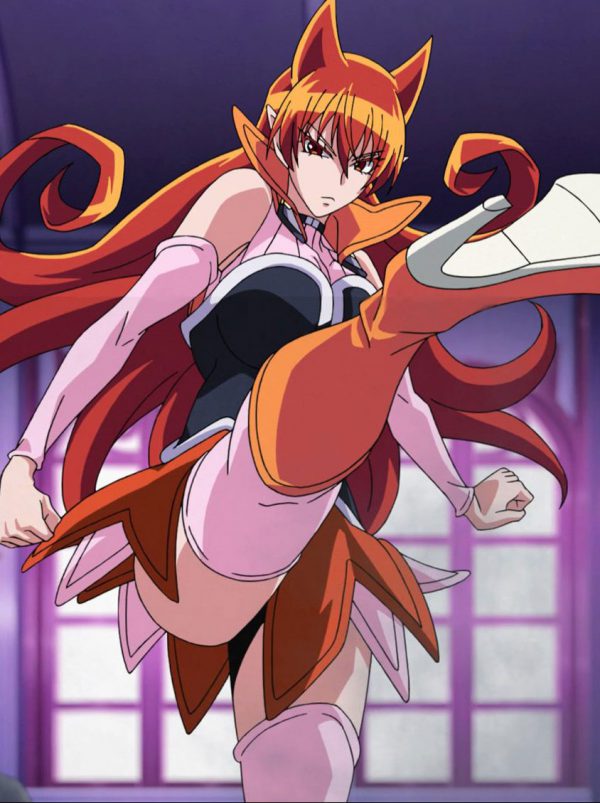 Hey, it’s a fun show and you will like it.  Simple as that.

What did you think?  Please select the User tab in the Review block at the top of the page and enter your star ratings.  We’d love to see what you think.

The pictures, characters and everything else associated with the show is the property of NHK and NHK Enterprises, Bandai Namco Pictures and the ever present Crunchyroll. All rights reserved.