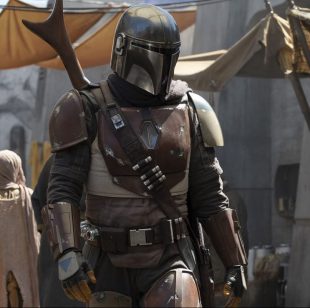 TV Sci Fi and Fantasy shows for late 2019 are looking really, REALLY good.  Lets have a brief look at what we should be watching as Sci Fi and fantasy fans this autumn….

For All Mankind (Apple TV plus)

For all Mankind is an alternative reality set in the 1950’s and 1960’s USA.  Apparently it’s a more complicated re-imagining of the real history. In this history, the space race is still very a big thing as the United States lost the initial race to the moon. Joel Kinnaman stars as one of the hopeful astronauts along with Michael Dorman, Jodi Balfour, Wrenn Schmidt, and Shantel VanSanten. 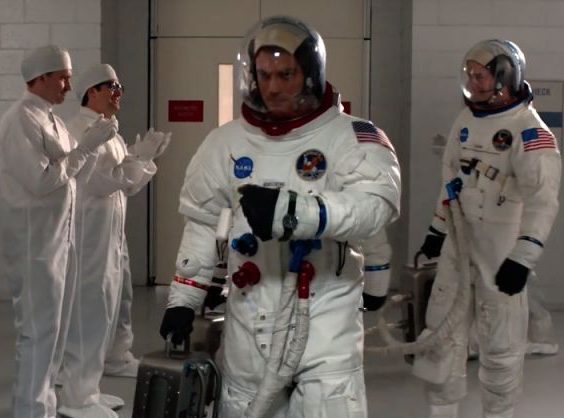 The budget for this is pretty big too and although I have only seen snippets of the shows so far, they it looks great.  The cinematography and production values are set to be as groundbreaking as shows like Mad Men and I think Apple + have a lot of hopes for this one. Personally, I have a problem with alternative reality shows, especially when they are produced for companies like Apple – Apple is too ‘alternative reality’ enough and the idea of them producing something like this fills me with dread.

I did watch some of it and although it’s very shiny and pleasant to watch, it was way too boring. I may be in the minority though so although I certainly won’t be watching, I would still recommend you consider it, if not for all the money that has been spent in making it!

So, a Disney Streaming Service produced sci fi show.  I was worried that it was going to be really crap but I saw a few minutes of the first show and it looks really good.  Someone at work is a big fan and she tells me that it has all the look and feel of the original trilogy – which would actually be really awesome!  The few minutes I saw of the first episode was pretty much just like that.  Jon Favreau’s The Mandalorian is set somewhere between the original Star Wars universe and a newly created Disney Star Wars Universe.

Game of Thrones star, Pedro Pascal plays a bounty hunter with a killer robot as a pal and there are a bevy of other cool actors (not many big names though) in support.

The Mandalorian launched on the same day as Disney+ which pretty much sets it up as a the must see series of the service (Watch Disney +…. check us out – we got Star Wars!) and by the amount of money Disney has sunk into it, the show should be great.  Like many of you, I became a little disenfranchised with the whole Star Wars franchise and remember falling asleep watching the third prequel ….. erm I think that means it was the third film (I get confused after the whole Star Wars film re-naming thing).

But, I’m expecting to be pleasantly surprised with this and am actually looking forward to watching a full episode.

Phillip Pulmans previous efforts were a failure according to the critics and the hype for this particular show has been somewhat muted.  Having said that, since it started last week, it’s garnered quite a following and is receiving some great reviews.  Not only is this another high production value show, it’s pretty well acted too and also great viewing for the whole family.

This is a series translating the book trilogy into a tv series for the BBC and HBO. Again, this is another alternative reality show but a bit more fantasy orientated. The story starts with a rather tomboyish Lara,  a girl with her own views on life. The fearless, stubborn Lyra played by the very pretty Dafne Keen Fernández (of Logan fame) looks nothing like the golden haired teen of the books but she certainly engages the viewers with her spirit and exuberance. She thinks nothing of running across the rooftops of her college in Oxford and arguing with her rather stern uncle (Lord Asriel played by James McAvoy) and tends to have her own views about how she should be schooled, who she can befriend.

But things change drastically when Asriel she draws the attention of a group of powerful religious zealots, The Magisterium and when she is seemingly befriended by the lovely, scary and devastatingly attractive Mrs Coulter (Ruth Wilson). 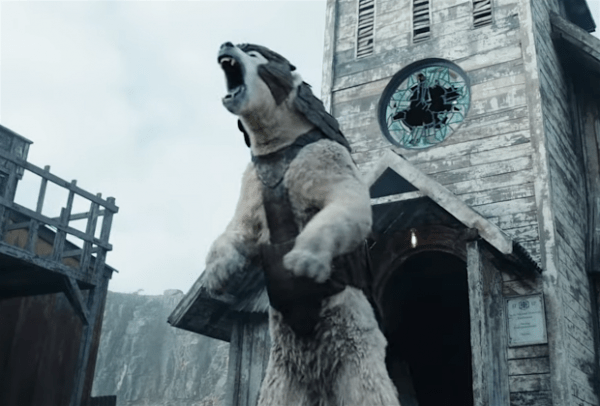 The story is set in an alternative Brittain, (Brytain) and children are going missing.  The boat-faring Gyptians make plans to seek out the culprits.  There was a lot to establish in the opening episode (and there is CERTAINLY more’s to come.  Unfortunately for some of us, this seemed a bit ‘fun for all the family’ and for me that is a let down.

I’ll certainly be watching more, but I was hoping for more grit and less polish.  I think things will change A LOT when we learn what happens to the children.  Definitely a show worth checking out and sticking with for at least 4 episodes.

This Sci Fi Fantasy show is all about a magical alternate reality dominated by a group called the Magisterium (a.k.a. “the Church”), it follows Lyra Belacqua (Dafne Keen), a girl living in Oxford who decides to go on a quest after her uncle (James McAvoy) departs on a project that the church finds heretical: the story of Dust, a substance possessing unknown powers. Along the way, she and her animal daemon, Pantalaimon (all people have a spiritual companion of sorts), encounter a mysterious socialite (Ruth Wilson), an ace balloon pilot (Lin-Manuel Miranda), and a talking polar bear. Factor in a plot of kidnapped children, and you’ve got a bold blend of dark thrills and appealing glittery magic. With luck, this crusade will go better than the last Pullman adaptation. [Alex McLevy]

Set 34 years after the events that unfolded in the original Comic Book and Film – Damon Lindelof’s Watchmen is different and yet the same. Read the Watchmen First Impressions Review HERE.

The story is quite different – it isn’t anything like the original.  Some people think it is more up-to-date (you would hope so considering how old the story is) – the focus is not the global conflict and fear caused by the cold war, a more closer-to-home conflict dealing with racism and white supremacy in the mid-west United States of America.  In the most recent story,  the main investigation isn’t to try and identify who murdered a superhero (The Comedian) but the Chief of the Tulsa Police Force.

The writer, (Lindelof)  is confident that he can take a well respected sci fi story and improve it.  Alas, in this Sci Fi SadGeezers opinion he failed miserably.  In fact the show (except for the marvelous performance of Regina King) is ‘pants!’.  I forced myself to watch it for three episodes so that I could do an exhaustive initial review and I hated every minute of it.  Although, lots of reputable media reviewers are praising it (beyond belief!).  Seriously, some of these idiots think it’s the best show all year!!  I was flabbergasted and have therefore included it in this list because, hell, it may be me that’s the dickhead! It may not be a winey, boring guilt ridden, liberal namby-pamby tale of stupidity.

This is the one we Sci Fi (& Fantasy) SadGeezers and Lady SadGeezers are pinning all our hopes on. The much vaulted (and hyped) Witcher has already had the second season approved – and it’s still weeks away from the premier!  Confident much!?

See the Witcher background info article and the Witcher forum discussion post for the latest news.

TV Sci Fi Fantasy this last few weeks of 2019 are looking really good!  Let me know what you think in the SadBOAD Sci Fi forums.

This pre-review is by Tony Fawl and not for reproduction without the authors permission.

The pictures story and everything else associated with the storied reviewed are the copyright of the respective production companies and creators.  All right reserved. 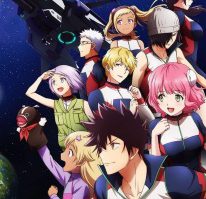 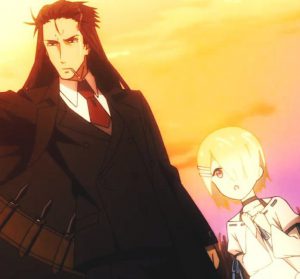 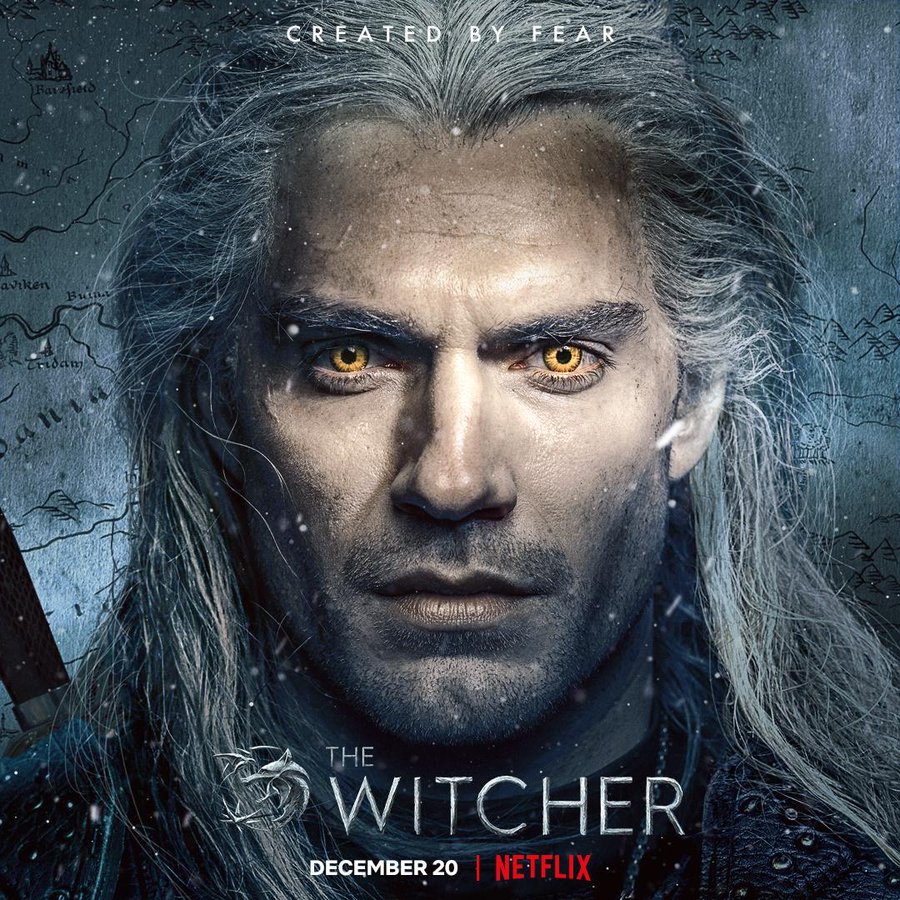