This is a showcase anime.  It’s a little like Gegege no Kitaro in that it’s 50 years old and has been done a few times, it’s therefore highly respected as a story and also an important part of Japanese Anime culture.  There were never going to produce a cheap and nasty version of Bem and I gotta say, it definitely lives up to the hype!

Bem is a remake of a Japanese anime series called Yōkai Ningen Bem, an original classic supernatural adventure anime that aired on Fuji TV from 1968 to 1969. In 2006. there was a second Yōkai Ningen Bem with a total of 26 episodes. A live-action television drama adaptation premiered on NTV on October 22, 2011. A film was released on December 15, 2012.

For the series’ 50th anniversary, a new anime television series adaptation titled BEM was announced and this was to be the best telling of the story yet! It premiered yesterday on July 14, 2019. 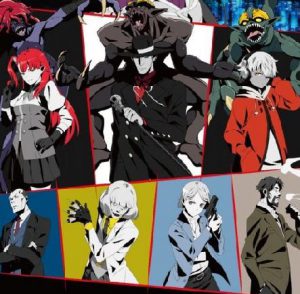 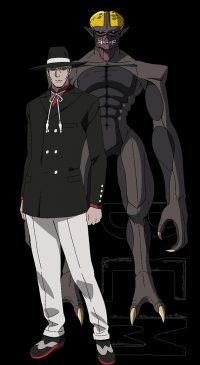 The saga is about three youkai (supernatural beings/monsters) that are humanoid when they want to be, but monsters in their original form. They fight for justice in a corrupt city in the hope that they will one day, be rewarded and made human. They are called Bem, Bela and Belo and they have been fighting for Justice for a very long time.  The first episode doesn’t give you much of the background, this approach can be a little annoying for those of us that are a little more anal in our enjoyment of detail and background to our anime.  I’ve taken the liberty of providing some extra info below.  I hope you don’t mind.

Bela and Bero, arrived at a large coastal city and came across an ‘evil atmosphere’ brought about by immoral behavior, corruption and other mischief caused by monsters and yōkai and embraced by humans. They decide to stay in the city, fighting against these other monsters and yōkai that attack humans. This is a thankless task but the rewards if they can stick with it, are great!

Bem: The oldest looking of the trio is the leader. He has a cool temperament and behaves as the stable element in the trio.  Very cool outfit and manner. He wears a fedora hat and uses a walking stick as a weapon in human form.

Bela: The female in the group, very pretty but also the most bad-tempered of the trio. She looks like a grown-up Cat Girl from Gegege no Kitaro and therefore of course, totally hot!. She uses a whip as a weapon when in human form.

Belo: The youngest looking and the most naive of the trio.  He’s a bit of a brat and not always up for the challenge of doing good to eventually become human.  A little precocious but also creative. He is the only one that doesn’t use a weapon in human form.

This is a showcase anime.  It’s a little like Gegege no Kitaro in that it’s 50 years old and has been done a few times, it should be considered a respected story told across the last two generations and an important part of Japanese Anime culture.  They were never going to produce a cheap and nasty version of Bem and I gotta say, it definitely lives up to expectations! Enough exclamation marks!  Let’s get on with the review:  This first episode: 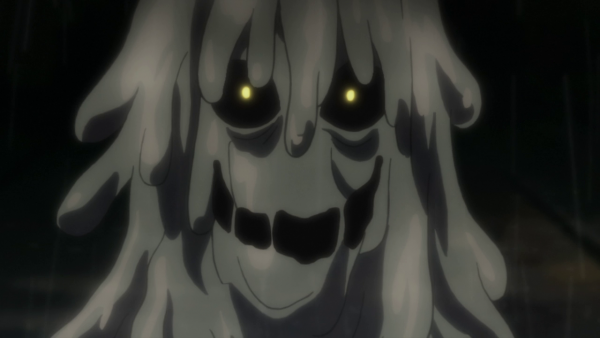 The start of the series opens with some confusing imagery (spoiler: It’s BEM chasing a water monster with Bela) and then the credits followed by a scene with a bunch of people partying in the street.  They are attacked by the water monster and killed!  We don’t see much but we hear someone shout ‘Monster!’  I guess it didn’t end well for the dude and his party. 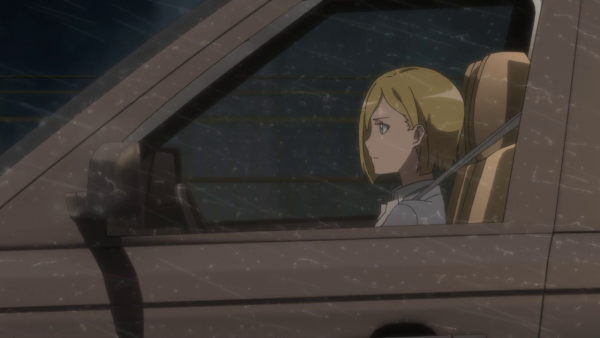 Sonia Summers drives to her flat in ‘The Outside’

The next scene is of  Sonia Summers, a pretty and idealist rookie cop that is also a little naive and full of beans for her new job.  She is driving over a bridge and recounting a conversation with her previous boss.  She had apparently argued about something and been transferred to ‘Outside’.  The boss had told her that it was like getting a sentence of death and that she wouldn’t recover or make her way back.

As she gets nearer to her destination, sure enough, the streets look rougher and darker.  A man suddenly runs across the road in front of her.  She manages to swerve the car to avoid him but notices a woman lying on the pavement.  It turns out that she has just been mugged and the robber has stolen her handbag.  Sonia gives chase.

She runs after the attacker but is nearly run over by a car.  She is saved from certain death by a mysterious dude in a fedora.  Bem asks, “Do you want to die?”   The question is without malice or jest, he simply seems interested.  He runs off in pursuit of the water monster and finds that it has just killed the mugger.  He mutters that the monster has had enough to eat that night and leaves.  Sonia appears on the scene moments later. The robber dude is clearly dead and she calls it in.

Not Impressed with Girl Scouts

Later, after her new boss arrives with a colleague, she is told that this is the sixth victim that evening and that she would be working on the case from tomorrow.  Her new boss called her a girl scout and didn’t seem too impressed.  He told her to go home and get some rest and on the way, give back the purse to the lady who was mugged.

Sonia tries, but she finds that her car has been stolen, probably by the lady who was mugged. Charming! I guess it’s that sort of place. The only good thing is that she was saved from almost certain death by some mysterious looking dude.

Next day Sonia is taken on ‘the rounds’ by her new boss and quickly learns that he is taking bribes and kickbacks from local criminals for turning a blind eye. Sonia does not condone such behavior and the boss explains that this is the reason why she was transferred here. 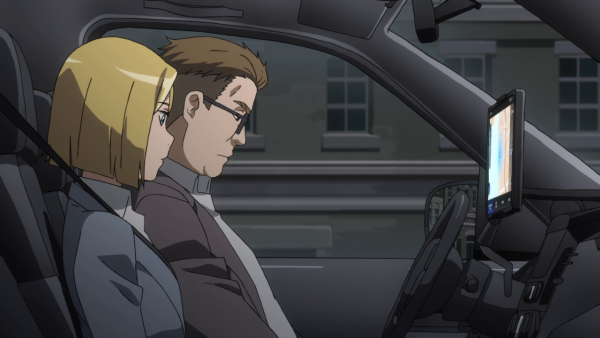 Sonia with her corrupt boss

The watery monster that drowns his victims while they are still standing is eventually confronted by the fedora-wearing knight that saved Sonia earlier. The titular Bem asks the drippy dude why he is killing. The monster explains that although he was once human, it’s humanity is now gone and it has never been happier!

Bem is not human either and when the two monsters fight, he is able to shoot electricity into the watery baddie and slow it down. Electrifying water, of course, isn’t the most destructive of attacks but the drippy monster dude is forced to retreat into the sewers.

Sonia and some of her colleagues (including the corrupt boss) manage to catch up to the water monster which quickly kills all except a horrified Sonia! Bem saves her and again and again asks if she wants to die. 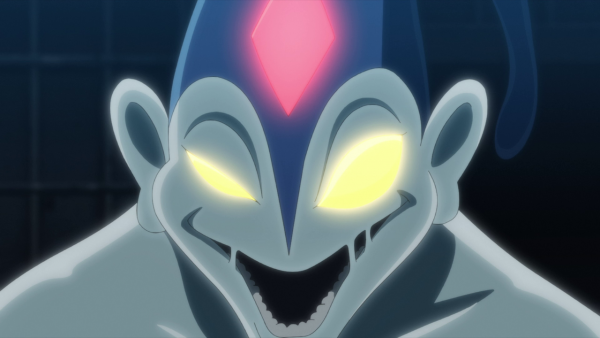 I’m so Happy and Handsome!

The water monster seems a little more agile and has taken a much clearer form, but it still can’t be shot (bullets just pass through it).  The monster was also able to kill Sonia’s colleagues with a vicious water blade attack – literally cutting the hapless policemen in half!

Bem is not easily able to destroy the water monster and needs some extra muscle. He transforms into his monster form which frightens Sonia even more. A fearful battle ensues between the two monsters and eventually, Bem wins out. 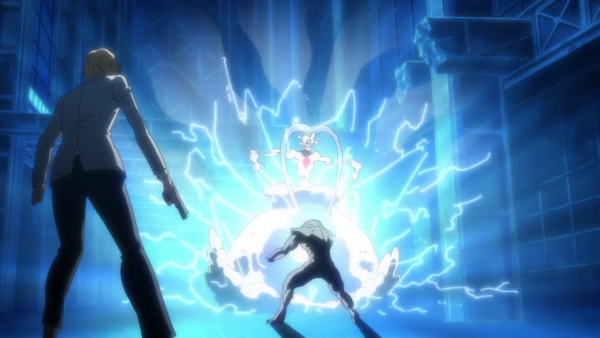 Bem kills the Drippy Monster Dude in front of Sonia

Not a good first date!

He stands before a terrified Sonia who shaking, she empties her gun magazine into him. Bem is unmoved and unhurt and simply disappears into the night. He seems unconcerned by this. I think he appreciates that Sonia was simply frightened out of her wits, and he had previously noticed her attitude to justice and honor, naive though it may seem. Sonia is, however, very shaken by the events.

Bem later meets his two comrades and they discuss tactics. Bela (the babe) and Belo (the young dude) think that Bem values human life too highly. Bem believes that Belo doesn’t value them enough. All three however, believe that if they continue to redeem themselves, eventually, they will become human. Belo isn’t convinced that this is a good thing. 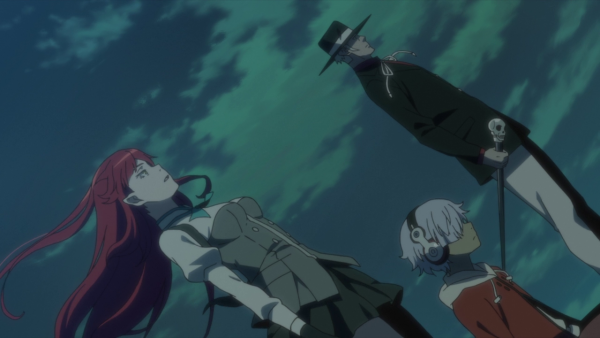 The Board of …. something

The last scene shows a board room with shadowy figures monitoring Bem’s movements. It seems like some form of corporate organization is keeping an eye on Bem (one of the board members refers to Bem as Alpha). 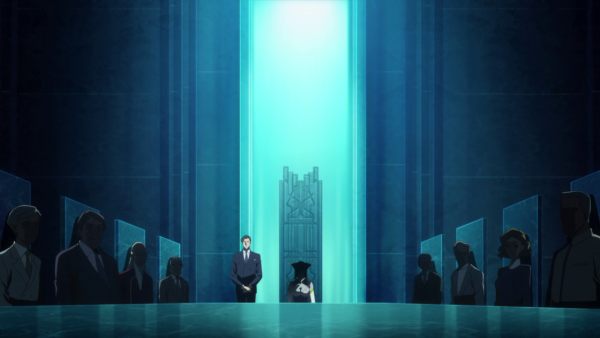 A Board of something, now know that Bem is an alpha something

What I really liked about the episode was the music, played by ‘Soil & “Pimp” Sessions’ a Japanese jazz sextet. Even better, the character design is being done by the amazing Range Murata (the same dude who did Cop Craft – another graphically awesome show). The direction was wonderful I was actually sat up through the whole show (for me, if I’m sat up rather than slouching while I watch a show, it’s a good sign that it has got my attention). And, the voice acting was really good too.

All these pushed up the fun/sexy/cool to an overall score that is way over nine – ordinarily I would say it is impossible to get such a high score after only the first episode of an anime. but this show and Cop Craft did it! Next week’s show is called Liar, I can’t wait! I highly commend this episode for your viewing pleasure.

I am compelled rate this a massive 9.2 for amazingness!  What did you think?

Discuss this in the Bem Thread in the Anime Forum.

The characters, pictures, story and everything else associated with the show is copyright  Production I.G and LandQ studios and Crunchyroll.  All rights reserved.