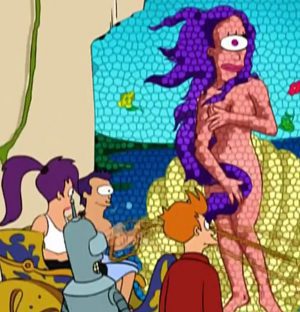 Questions. This episode leaves me asking lots of questions. Who is Al really? How did he know Leela is the last of her species?  (Well, actually she told him in the chat room, but still!) What happened to the other brides-to-be? How did he fabricate five different cities to such exact specs in such a short time? Why didn’t they see the other cities when they were coming in for a landing? The list goes on from there. Anyhoo, there’s lots of nice animation sequences with plenty of sci-fi influences. Not a bad way to spend almost half an hour . . . But I still have questions.

The Professor’s several year long quest for internet connectivity finally comes to fruition and he invites the staff to try out his net suits. Wearing them, they enter a virtual reality world and greeted by a flock of pop-up ads that give chase. They fly toward a virtual city and veer off into ‘porn town’. After spending some time in chat rooms, they head over to the gaming arena. Most of the men Leela meets in the chat room are characterizations of various Futurama staff members. Fry feigns ignorance when they explain the “futuristic” notion of a video game, but manages to kick ass and take names in a death match. The Professor breaks in several times to tell them they have a mission, but they ignore him. Leela is stalking Fry but runs into a male cyclops instead. He followed her from the chat room

to find out more about her. As he’s about to tell her his name, Fry rounds the corner and blasts him out of the game. He also uses Leela’s preoccupation with losing the only link to her species to ambush her and win the game. He’s not the most popular hot dog in the office after that fiasco.

Checkout other News & Reviews from Sci Fi SadGeezers:
The Prisoner: A general overview...

The crew heads to Cineplex Fourteen to deliver a much-needed shipment of popcorn. Leela is still pissed at Fry but wants to concentrate on the mission. She gets an e-mail from the mystery cyclops, identifying himself as Alcazar and sending the coordinates to his planet. She dumps the popcorn (which heads into a sun and becomes a lovely solar system) and changes course immediately. They exit the ship to find the overgrown ruins of a great

civilization. Alcazar greets them and takes Leela on a lizard drawn carriage ride, leaving Bender and Fry to follow on foot. He confirms that he and Leela are the only remaining members of their species while he shows her the many artworks and relics of their society. Bender’s like a kid in a candy shop, looting at every turn. Fry shows interest in a fenced off area marked No Trespassing. Alcazar quickly changes the subject after telling them it’s a sacred forbidden valley. He also declines to tell Leela the reason behind their races’extinction at that juncture. They come to Alcazar’s run-down castle and he shows them to their rooms for the night.

Later that evening, the sound of Alcazar’s crying awakens Leela. She goes to him and he finally explains how his people met their end. He manages to maneuver her into his bedroom and remove her jacket first, of course. A planet of mole people, jealous of the cyclops’ visual gifts, sent a missile to destroy the

planet, Cyclopia. A scientist managed to send one baby off before the missile struck, destroying the planet. Alcazar, being a pool cleaner, managed to escape death by being under water at the time of impact. Leela falls for his story and takes the opportunity to jump his bones. The next morning, the romance is gone; he just wants a housekeeper. He insults her breakfast and demands that she wash dishes and do laundry. She begins to set him straight, but when she realizes the fate of her people hinges on her ability to make this relationship work, she relents.

Before you can bat an eye, Leela has a big hair, hot pants and high-heeled mules, making like a familiar Fox character. Of course we all know that Katey Sagal of Peg Bundy fame provides Leela’s voice. She and Al insult each other ala Married with Children and she prances around entertaining his friends. Where the rat couple and the hog creature came from, I dunno. Fry believes Al is hiding something, so he sets off to investigate the forbidden valley. He immediately falls through a trap door and winds up in the castle dungeon. Leela wants to know what he’s up to and he tells her that Al is a total jerk. Leela agrees and plans to break up with him at dinner. Instead of breaking up, she agrees to his sudden marriage proposal.

The rest of the staff arrives for the wedding and Leela gives Fry a bottle of champagne and asks him to be happy for her. While trying to beat his way out of his cell, the cork pops out of the bottle, jettisoning its way to the door release button. Fry scrambles free, rounds up an over-looted Bender and goes of to explore the forbidden valley. Meanwhile, the Professor escorts Leela down the aisle, beginning the ceremony. Fry and Bender find four identical cities and castles, with some minor differences here and there. Alcazar has the

preacherbot fast-forward through the ceremony and Leela stalls when it comes to saying I do. Fry and Bender ride in and introduce another bride-to-be with five eyes and wait for Alcazar to explain. He sputters and changes shape briefly, trying to placate both women. He’s speechless when they also introduce three more brides-to-be of different species. The brides-to-be want answers and beat Alcazar until he shows his true form. He’s a shape-shifting, misogynistic grasshopper that wanted five wives in his bed and to clean his castles. Leela asks the most important (and amusing) question of all, “If you could change form, why didn’t you change it in the one place that counts?” They gather their belongings and leave the planet.

Leela thanks Fry for helping her, explaining that her

desperation to find another of her species kept her from being true to herself. The Professor assures her that she’ll have many opportunities to find her home world while she works off her debt for the lost shipment. She agrees and looks wistfully out of the window, pondering the vast expanse of universe as she wonders aloud, “How many planets can there be, anyway?” 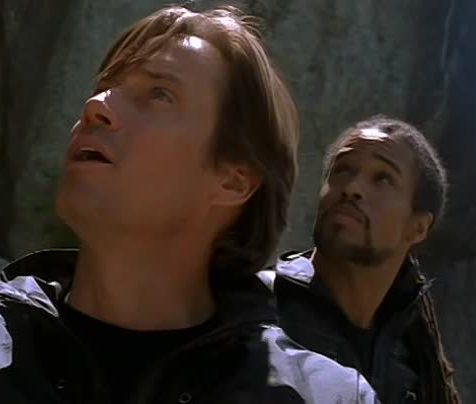 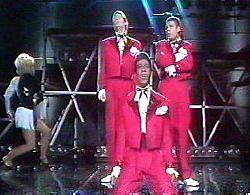 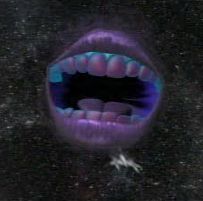