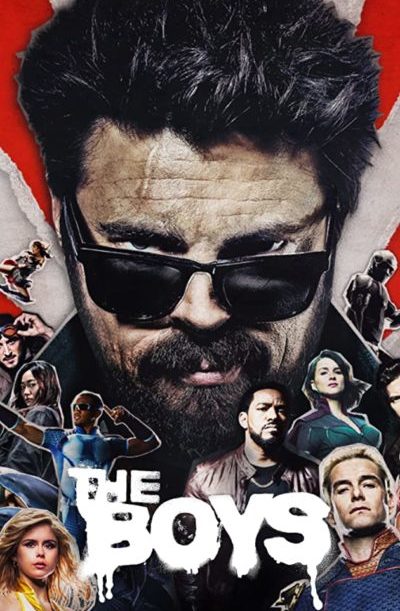 This is a short review of Season 2 of The Boys from Amazon Prime, it follows on from the First Season Review that you can read here.

American Comic books are different from others.  For instance, compare the Marvel or DC universes to say, V for Vendetta, Asterix the Gaul, Diabolik, The Sandman etc. Many people feel that the sagas of DC and Marvel are getting a little tiring. James Cameron calls it ‘Avengers Fatigue’.  He and other producers are taking it very seriously in the development of the fourth phase of the Marvel Universe.

Personally, I was getting a little bored – but then I saw season one of The Boys and I was revitalised!

It was refreshingly anti-superhero in its approach and used an unexpected sense of realism to make us consider what it would be like if such a group (the Seven) were to exist in our universe. Life as a superhero wasn’t all it seemed, and the catastrophic 34% innocent casualty rate meant that ‘Supers’ were a little more crappy than they were supposed to be. 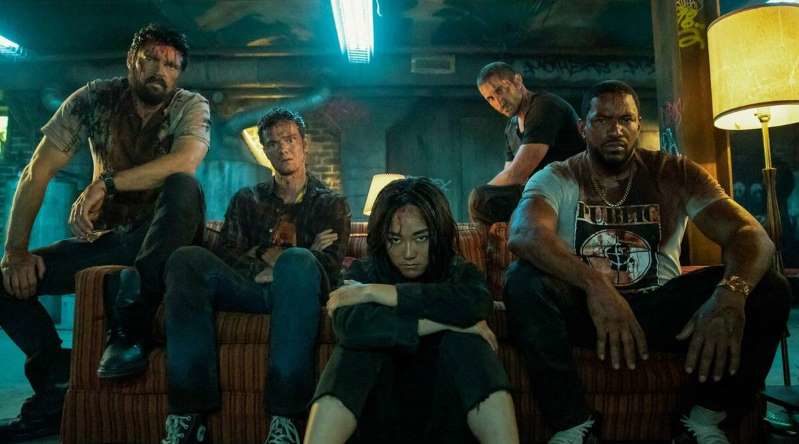 The Boys Review – I feel ya dude!

Personally, I enjoyed wondering if I (god forbid!), was ‘lucky’ enough to have Homelander’s powers, would my personality be similar to his? Hell, it’s not like someone can get stroppy with me if I was able to ‘laser-eye’ their head off! 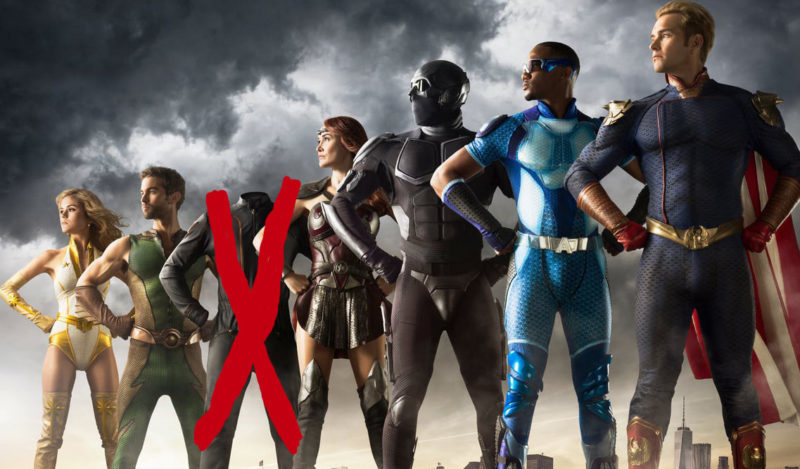 How would you treat your fellow man and woman of you were one of the Seven? Would you be nice, nasty, good, indifferent or bad? I can’t help think that 99% of the population would be liars if, with the power of Homelander, they said they would be good! 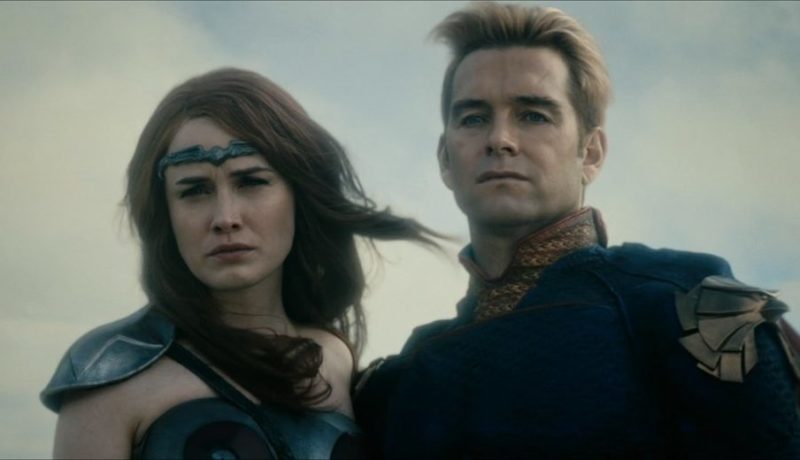 I loved the honesty of the characters and actually had as much compassion and sympathy for the baddies as I did for the goodies.
Everyone in The Boys is either a good-baddie, a bad-goodie or just a fucking asshole!

For me, The Boys Season One was the highlight of Sci Fi TV for 2019 and I couldn’t wait for the second season two.

The Boys Review – Season 2 was Released on September 4th 2020

Season 2 of The Boys is available to Amazon Prime subscribers from 4th September 2020. Unfortunately, only the first three episodes are available to binge, the rest will be released weekly. This is very annoying to many of the fans who would have preferred to watch the season all at once. I’m not sure why the execs at Prime wanted to do that. Season “binge watching” is one of the greatest complement a producer can get from fans of the show!

Many review sites have started posting excellent reviews with the exception of, amazingly, Amazon Prime! They are getting slammed with negativity comments and posts because fans can’t binge watch the season. Good for them!

The Boys is not Irreverent

The Boys series is not irreverent towards the superhero genre – far from it! I think the saga is very supportive and realistic. For instance, part of the story makes us consider how on earth is a corporation would manage and control a group of superheroes? What sort of corporation would they need to be. Is their corporate strategy likely to be benevolent? Should we expect our Supers to be perfect when all around them are inferior? And, who has the real definition of what is perfect?

The Seven are there to protect humanity – and they are hell-bent on it! That’s what makes this show worth watching. It is considerably more contentious than the current Marvel and DC universe offerings (entertaining though they are) which in my opinion, makes The Boys more fun to watch.

The Boys – Originated as a Comic Book

For those of you new to The Boys, it started as a comic book series written by Garth Ennis (Punisher, Preacher – yeah, I know right! Like the amount of gore isn’t such a surprise now!). The artwork is kept disarmingly ‘hooky’ by the magnificent Derick Robertson (Wolverine, Transmetropolitan) – he has a great way of slightly miss-drawing each character to give an extra edge – that and the huge amount of red ink he uses. 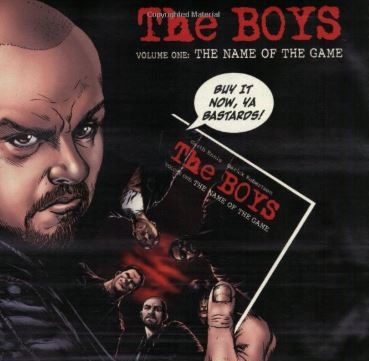 The Boys – Second Season – What is it about?

Billy Butler (played by Karl Urban) continues to lead the disgruntled band of misfit, non-heroic rebels to take down the vagabond corporation, Vought. They had already managed to kill off one of the Seven in season one. In season two Urban’s mercurial, cunning and ex-CIA-operative/New Zealand thuggish charm leads his team to stir it up – BIG TIME!

Homelander is his usual exuberant self and has many disturbing and fun scenes.  One of the funniest is his delivery of a eulogy to Translucents clear coffin. Even in death, translucent is invisible (but are his clothes… really…?) 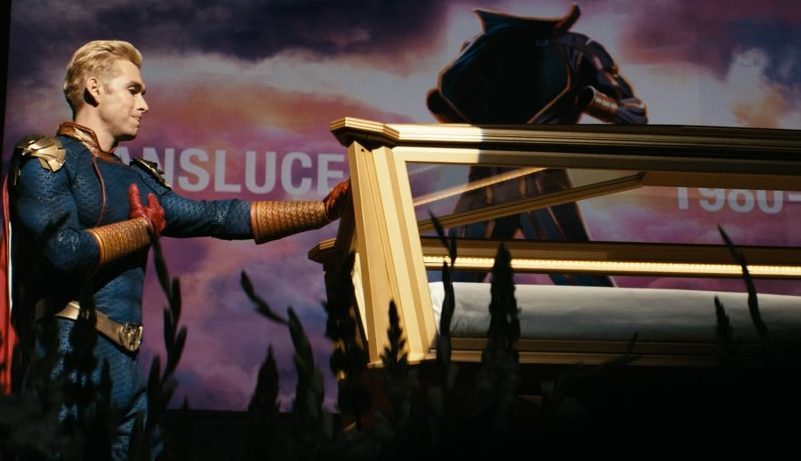 Billy Butcher has a hard time managing his team – he has a natural flare for fighting the Seven against impossible odds but lacks skill in working with the non-heroes of his troop.  This  gives the show a edge and gritty realism that keeps our attention (at least it did for the first three episodes).

Checkout the official The Boys trailer:

And this is most certainly the reason to continue watching the show. Every character is developed skilfully as each episode unfolds. They all have their own arcs and they all seem interesting and worth following.

That’s a lot of characters to develop by the way – the writing for season two has been really good. Two of the best non-super characters are Frenchie and Kimiko and in particular the way their relationship is developing. Although the actor and actress are magnificent, they both have great dialogue and action scenes. Kimiko for instance has a beautiful and endearing smile in one scene and in another we see her literally rip someone’s head off.  As Arnold J. Rimmer would say in Red Dwarf, “Marvelous!”

The Boys Season 2 Review – The addition of Stormfront

I was really impressed with the new character, Stormfront. She is played beautifully by Aya Cash. The new Super is a quick-witted, media savvy, laid back babe with a ruthless, vicious motivation to get the ‘job done’. The Superheroes “34% innocent bystander mortality rate” will not be improved because of her recent addition to The Seven.

She begins to take some of the pressure (and media attention) from Homelander and it is interesting to see how he is reacting. Incidentally. Stormfront is nothing like the character in the comics (She was a He in the Comics series – and a total Nazi).

If there are any depressing bits in the show, they are more likely because of the slightly less than perfect direction. Some of the scenes in the second and third episodes of season two are a little cringeworthy. If that was intentional, it was a mistake. 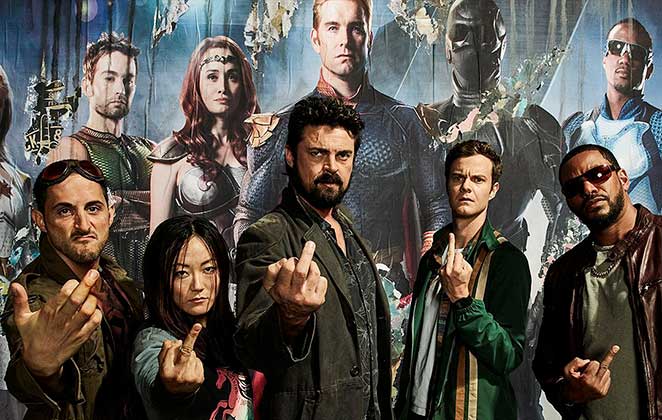 Although there is not enough sex in the show (hey, it’s a show for adults), the huge amount of gore in each episode helps it maintain a high ‘gratuitous’ rating. Some of the gory moments are downright hilarious. Not just because they are sooooo very bloody, but because they also cross other lines of decency. Driving a speedboat through beached whale and clawing your way out of its insides was not only gory, it was gooey, mushy, squidgy and funny.

I’m happy to rate this a huge 9.2 out of 10. It’s going to be tough to better this show in 2020 and I can’t think of anything slated for the rest of the year that is going to come close.

The pictures, characters and everything else associated with ‘The Boys‘ mentioned in this article is the property of Amazon Prime Entertainment all rights reserved.

Discuss this in The Boys Discussion Forum

This review is copyright Tony Fawl (2020) and not for reproduction in any format without the authors permission.