This weeks excellent show is called ‘Midnight Train’ and it opens with Kei back in his office at the police station, he’s checking his computer to see what it means when a Semani knight leaves their sword and goes off on their own. I wasn’t able to read much but it seems quite serious apparently

This week’s show is called “Midnight Train” and it opens with Kei at his desk, back in his office at the police station.  He is checking his computer to see what it means when a Semani knight leaves their sword and goes off on their own. I wasn’t able to read much but it seems quite serious, apparently.

Cammy sends him some info about Elbaji

Meanwhile, one of his pretty office colleagues had managed to dig up some information about Mr. Elbaji which she sends to him.

The pretty blonde one asked what happened to Tilana and Kei made some excuse that she is sleeping. The boss walked in and knew he is lying when he spotted the sword. Kei admits that she has run off on her own.  The Chief tells him to find her. Kei picks up Tilarna’s sword and heads out.

It seems that Tilarna was doing some investigative work herself. She engaged the services of Kei’s informat and his bodyguard to help her dress appropriately, and then accompany her, to Mr. Elbaji’s night club.

The thug who likes to masquerade as a Priest (that we saw in the first episode) is helping Tilarna and indeed, he helps her get through the entrance and into the club. That’s no mean feat since there was quite a que. 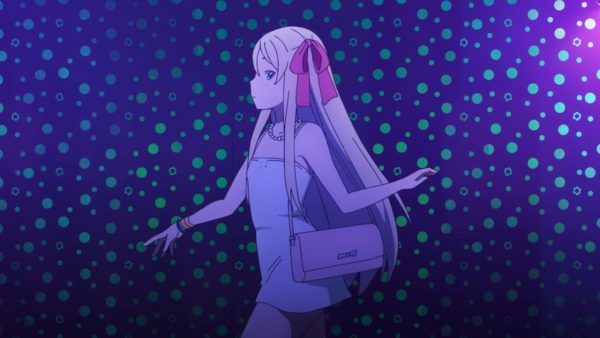 Tilarna looks very cute in her outfit. Unfortunately she isn’t too good at walking with high heals and trips over. 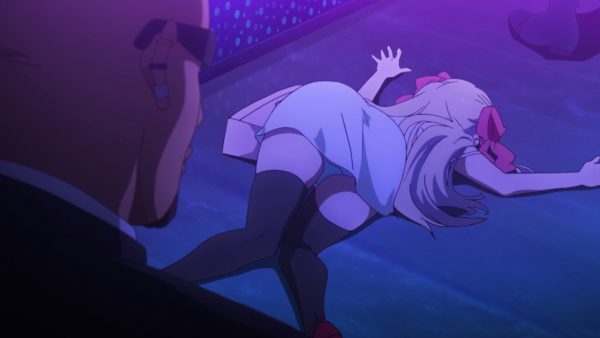 The Priest, accompanied by Kenny, the bodyguard (also from the first episode), help Tilarna get settled and then she pays them a Semanian trinket that was given to her by her mother. It looks like a hair clip but the Priest accepts it as payment and they watch as she leaves to hunt for Mr. Elbaji. Kenny is worried for her and messages Kei via his phone (haha, he had Jack Bowers phone number too 🙂 )

Elbaji finds her, I guess she stands out in a nightclub. 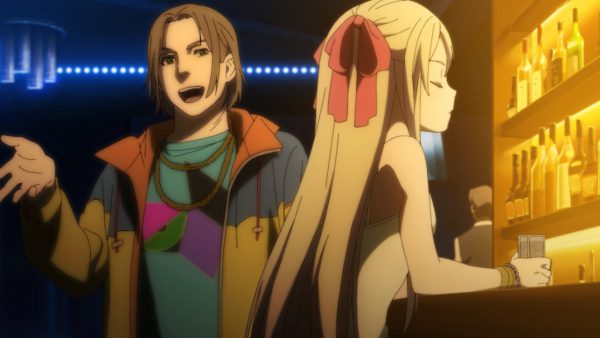 Tilarna meets with Elbaji at the bar

He tries to chat her up and is failing miserably when she tells him that she is looking for Mr. Elbaji. He persuades her to go to the office by pretending to be Elbaji’s friend. and once she gets there he admits who he is.

Elbaji asks what she wants. Tilarna recites her full name and explains that she is from the Knights of Mirvor and here to recover the lost fairy. Elbaji refuses and he sets his guards on her.

Tilarna has a pocket sword in her handbag however, and promptly chops off the hands of the doormen. Elbaji however, is no pushover, he is a Semanian soldier and has his own swordplay abilities which he demonstrates in combat with the little elf. He dissarms her, captures her, and throws her into the back of his car. He then drives off to an underdeveloped area of town where he has his hideout. There he meets with Zelada and instructs the wizard to interrogate Tilarna. 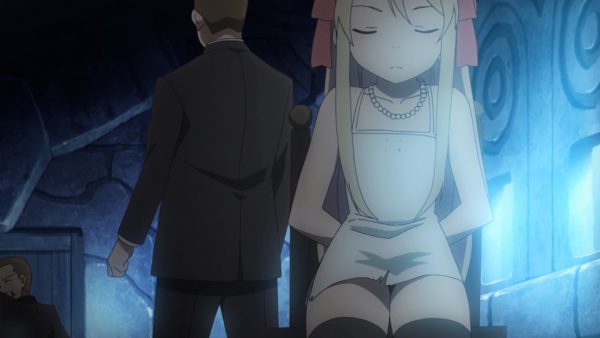 Kei has managed to find them and is watching at a distance for an opportunity to assist Tilarna. He reports progress to his Chief who is on his way along with a SWAT team. He notices that there seems to be a fire and rushes in to help Tilarna. She has already started attacking her captors and rushes to find where the fairy is being held captive. 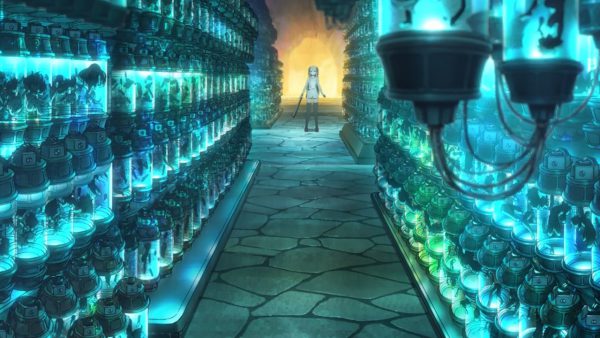 Jam packed with jars of fairies!

She finds a rooms and is shocked to discover it is full of jars of fairies! Elbaji has been using them to manufacture drugs. He enters the room with the fairy that Tilarna has been looking for. Tilarna is horrified to learn that Elbaji is going to use royal fairy as a bomb that, when detonated, will turn everyone within a few kilometers into fairy dust adicts instantly. He calls it a Psychic Bomb but he’s trying to come up with a cooler name. 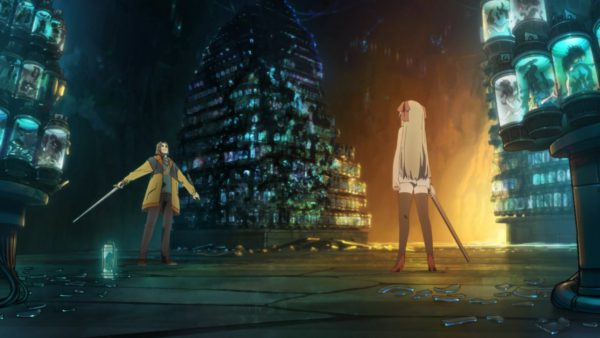 Tilarna and Elbaji fight for the fate of the fairies

Tilarna and Elbaji fight again but this time, Kei has managed to catch up and gives Tilarna her sword. She defeats Elbaji only to discover that the fairy he was carrying, is a copy, a fake. A fake fairy huh, how despicable! 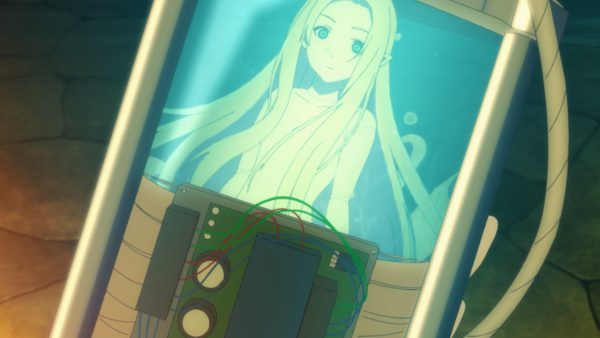 They suspect that Zalada has the real fairy and they chase after him. When they eventually catch up to him, he is being supported by Kei’s Chief who, it turns out, is sympathetic to terrorists that want to separate humans from Semanians. He shoots Tilana and explains how he was the one who was responsible for Rick’s death. It seems that Rick was getting too close to finding out about the Chiefs plans.

Indeed, the chief had always be a few steps ahead of Kei and Tilana’s investigations. He tries to shoot Kei who is injured, but Kai manages to shoot him back with a gun he had hidden. Tilarna wasn’t hurt since the Chiefs bullet hit her sword.

Zelada unfortunately managed to escape and he wants to detonate the bomb (made with the fairy) on top of the largest building in the city. A place called Forrest Tower. They rush to stop him. 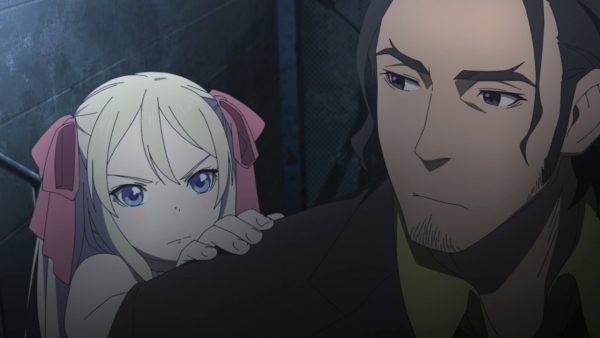 Let me lead, I’ll protect you

When they reach Forrest Tower, Tilarna takes the lead as she is familiar with wizard tricks and traps and will be able to spot them before they can do any harm. Sure enough, they manage to disable a few of the traps before reaching the top of the building where they notice the bomb. 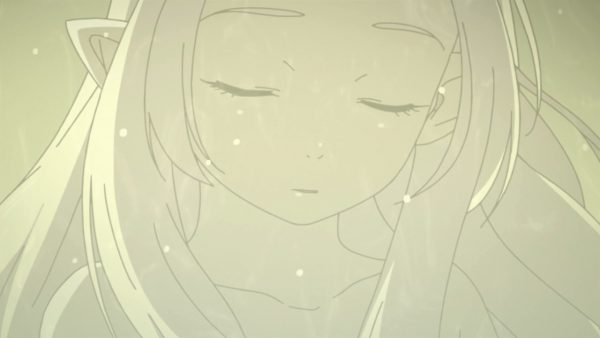 Tilarna notices the occupant of the glass jar and gasps, “Leahyah!”  And there the show ended.

This was another great episode.  It didn’t quite have the same bit as the previous episodes but I guess you can’t expect the two leads to be arguing with each other all the time.  Nevertheless, the story is really developing and we are still being enticed to keep watching even though we have to wait for a whole week to find out what happened at the end of each episode.  This feels a little old fashioned but they seem to be able to pull it off.

Production was great except for some still frame graphic sequences which always seem cheap to me, everything else was wonderful!  The next episode will be called “In the Air Tonight”

Note: Epsiode 1 has been reviewed HERE

Note: Epsiode 2 has been reviewed HERE