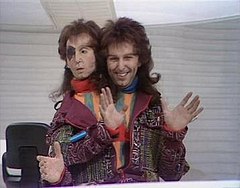 The show opens with a description of Earth, the people who live on it, and more importantly how sad they are. At the end of the sequence there is a significant scene with a girl sat in a cafe in Rickmandsworth. She apparently had come up with a stupendous idea, one which would be as important to humanity

as a bloke who’d been nailed to a piece of wood a couple of thousand years earlier! Unfortunately for her, and indeed the rest of humanity, the Earth was blown up and the idea was lost forever!

Meanwhile our hero’s, Ford and Arthur have been captured by the guard and taken before the Captain, Prostactic Vogon Jeltz. There, trust up in a sort of cage, they are subject to an awful recital of his poetry! The Hitchhikers Guide tells how Vogon Poetry is amongst the worst in the Galaxy. Ford and Arthur squirm and writhe and scream as they listen, the verse is indeed a terrible onslaught on their ears. When it is finished, the captain asks what they thought. Arthur, quick Witted for a change exclaims that he thought the poem was good. The attempt to impress the captain enough to not throw them off the ship. They fail and the captain orders the guard to throw them in the airlock.

An excellent sequence follows where our intrepid yet doomed heroes are Vogon-handled down the corridor about to be thrown into space, when Ford tries to talk the young guard out of it. You think he’d have learned from the experience with the captain. Arthur is loosing it completely:

Arthur: I woke up this morning, thought I’d have a nice relaxed day; do a bit of reading, brush the dog, it’s now just after four in the afternoon and I’m already being thrown out of an alien spaceship five light years from the smoking remains of the Earth!

Arthur: Who said anything about panicking, this is just culture shock. Wait until I’ve settled down and found my bearings…. THEN I’LL START PANICKING!

Arthur: So that’s it were going to die!
Ford: Yeah…… No, wait a minute….. what’s this switch! (Arthur spins round to see, hope and excitement verily glistening in his eyes….)

Ford: No, I was only fooling, were gonna die after all! (This Ford geezer has a lodda bottle!)

The two are suddenly thrown into space begining the process of reacquainting themselves with their maker….. but wait….. do you know what the odds are that a spaceship will pop out of nowhere to rescue them? I’ll bet you don’t. Well, the odds are 2 to the power of 260199 to 1 against!

Yes you do need to know that! You see that number 2,260199 was also the telephone number of an Islington flat where Arthur once went to a party and met a strikingly beautiful girl who was stolen from him by some bloke who said, “Is this guy boring you?”

Bare with me here, this is important…… You see, though the Earth, the telephone and the Islington flat were all destroyed, this was in a small way commemorated by the fact that some 29 seconds later, Arthur and Ford were rescued!

They find themselves in a very strange place indeed. It looks like the seafront at Southend but the sea stays the same and the shoreline seems to wash up and down. In the background we here, “2 to the power of 240,000 to 1 against and falling.” Arthur’s left arm disappears and Ford turns into a penguin….. Arthur looses a leg and then his other arm!

The voce tells Arthur and Ford not to be alarmed and that everything will return to normality just as soon as they know what is normal anyway. (?) ……”We are now cruising at a level of 2 to the power of 25,000 to one against, and falling…”

A wondrous new spaceship fitted with the prototype Infinite Improbability Drive has indeed rescued them.

On the Ships Bridge, we see a stunningly attractive blonde girl nearly dressed in a lovely red top and shorts. Her rather lazy partner is sat close by. He is not nearly as attractive and has indeed got two heads and three arms! He is called Zaphod Beeblebrox and is not happy about picking up the two strays. The girl, Trillian, asks Marvin the Robot to go and collect the two travellers and bring them to the bridge. The robot, another prototype manufactured by the Sirius Cybernetics Corporation has the new GPP (Genuine People Personality) as do all the robotic devices on the ship. Marvin is the most depressing person you would ever have the misfortune to meet. He complains incessantly about everything and therefore puts a downer on anything positive. He discusses an observation concerning the robotic door device to Ford and Arthur……

Marvin: You watch this door, it’s about to open again. I can tell because of the intolerable air of smugness it’s generates.

Marvin leads them to the bridge. He tells them that Zaphod Beeblebrox has stolen the ship. This intrigues Ford. As they enter the bridge we here a news report of the theft. Zaphod is listening with Trillian. Zaphod is a really shallow bloke and sooo cool. When he learns that one of the aliens is non other than his old cousin Ford, he attempts to put on his coolest persona.

Ford looks mildly pleased to see him and casually says hi – the same sort of hi you might say if you’d just returned from the corner shop to buy a packet of cigarettes. Arthur is less happy, he puts a damper on the introductions by explaining that he and Zaphod had already met! “Earth, London, Islington. Of course you were called Phil then and you only had the one head and two arms” (yep, Zaphod was the bloke who stole the beautiful girl away from him at the party). Ok, ok, yes your right Trillian was the beautiful girl.

And so, the intrepid foursome are now assembled. A beautiful Blonde, a two headed, three armed cool geezer from Betelgeuse, his semi cousin (they share the same three mothers) and the geek Arthur. Accompanied by their trusty manically depressed robot, they head off into deep space and another terrific episode comes to an end!

This was a marvellous episode but it’s just a warm up, proper stuff happens in the next episode!

The Hitch Hikers Guide to the Galaxy episode reviews are © 1999, 2000 Tony Fawl. Not for reproduction without the authors express permission 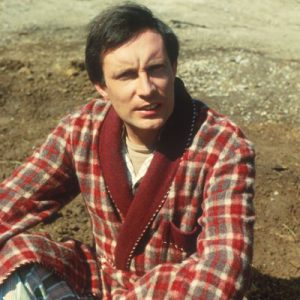 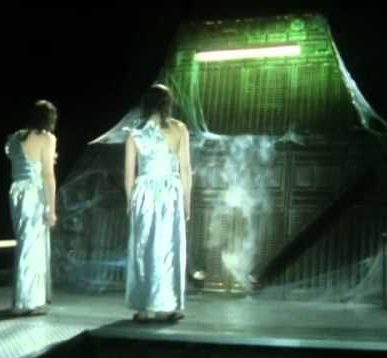 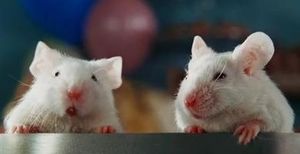 Hitch Hikers Guide to the Galaxy: Cultures: The Mice