The show has only just completed Season 1 and already the first Awards have started rolling in. The first two awards were given at the prestigious Chinese and American Television Festival, C.A.T.F. in Los Angeles. Apparently it’s the only TV festival recognized by both the Chinese Government and the U.S. Government. 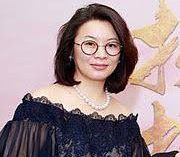 The Best Producer award for her work on The Kings Avatar went to Xiaopei Yang. She is an experienced producer who has worked on many series, most notably the Chinese TV shows,  Legend of Fuyao and Fighter of the Destiny. 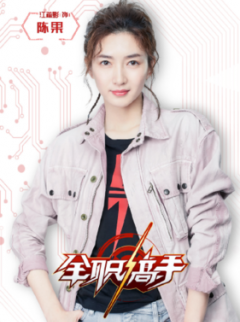 The Best Actress award for CATF 2019 was won by Jiang Shuying for her television work “The King’s Avatar”.

She is a popular actress in China especially for her excellent work in the Novoland: Eagle Flag series but she has also won awards for other TV shows: Best Supporting Actress in ‘So Young’, ‘A Servant of Two Masters’ and ‘Call of Heroes’.

Jiang Shuying (or Shuying Jiang if you live in the west and pronounce the surname last) won the 3rd Yinchuan Internet Film Festival for Best Actress. This is not quite as well known, but still – it’s another Best Actress award!

Jiang Shuying, also known as Maggie Jiang, is a Chinese actress educated at Shanghai Theatre Academy. She also attended the University of East Anglia in the United Kingdom where she obtained her Masters Degree in Media Economics in 2011. OMG!  That’s like only 400 miles away from my flat!  We could have been neighbours!  🙂

This news has also been reported on IMDB and in Wikipedia – I’d love to have more info, but the CATF official website seems to be down (they have an english section at: www.cafilmfestival.cn). I’ll keep checking and provide an update as I get more news.