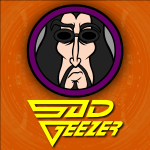 In this Episode Review we see that Picard starts to investigate the death of Dahj with the assistance of Dr. Agnes Jurati and a former colleague, Raffi Musiker. Starfleet and some other more secretive Romulan forces are concerned what he might uncover and particularly where the truth about Dahj will lead.